Separated at Birth? or How I *Really* Got My Agent

So, of course I get a lot of questions these days as to how I got my agent. Was it the contest wins? My Hello Kitty mouse? The sheer and utter brilliance of my query? Probably some random combination of all of the above, but more to the point, Colleen and I apparently own the same cats. 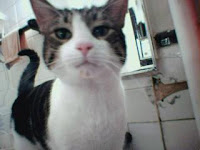 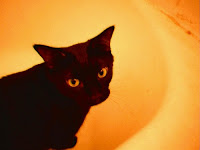 Case Study # 2) Killian and Jake belong to me. 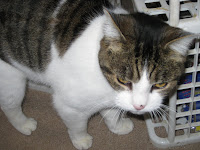 Killian from this morning. He has food on his nose and doesn’t look very happy about being photographed. He’s a grumpy old thing. 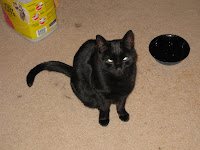 And here is Jake. Who tends to preen a little more for the lens. He is less grumpy in general, although a bit more shy around people.

Coincidence? I think not. Clearly there was some sort of cat seal of approval via telepathy thing going on here. Although to be on the safe side, my feline overlords sent Colleen’s a little something for Christmas by way of a gift certificate. (I would have sent something directly, but pets are funny things and I didn’t want to get them something they couldn’t use  – i.e if one of them had allergies to salmon, for example, as Killian does.)

(And if you think I’ve lost my mind from being snowbound with the kids for three days, you probably wouldn’t be wrong.)

This entry was posted in agents, cats, christmas, colleen lindsay. Bookmark the permalink.

7 Responses to Separated at Birth? or How I *Really* Got My Agent