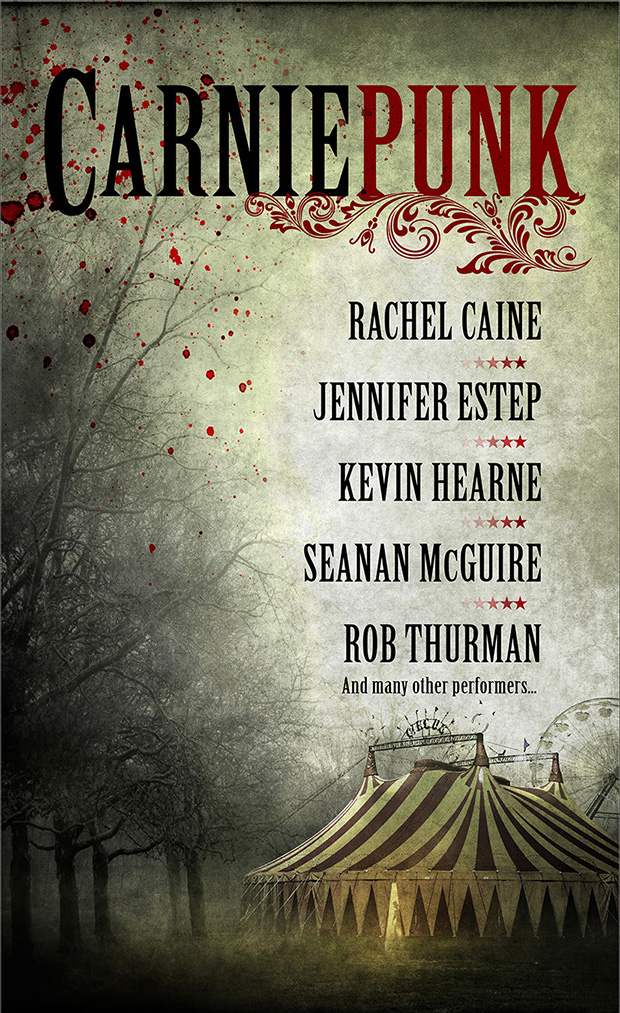 The traveling carnival is a leftover of a bygone era, a curiosity lurking on the outskirts of town. It is a place of contradictions—the bright lights mask the peeling paint; a carnie in greasy overalls slinks away from the direction of the Barker’s seductive call. It is a place of illusion—is that woman’s beard real? How can she live locked in that watery box?

And while many are tricked by sleight of hand, there are hints of something truly magical going on. One must remain alert and learn quickly the unwritten rules of this dark show. To beat the carnival, one had better have either a whole lot of luck or a whole lot of guns—or maybe some magic of one’s own.

Featuring stories grotesque and comical, outrageous and action-packed, Carniepunk is the first anthology to channel the energy and attitude of urban fantasy into the bizarre world of creaking machinery, twisted myths, and vivid new magic.

My story is titled Duet With Darkness – and it’s  Melanie’s story of how she got her magic violin. It’s a prequel of sorts, but definitely expect a few cameos from the Abby Sinclair series – Brystion and Nobu in particular! 🙂  Now available as a digital e-short!