Crawling Out of the Hole 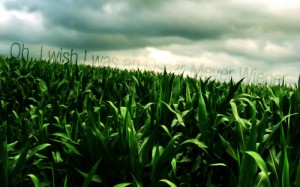 It’s been a long week.

The surgery went as well as could be expected on Monday – though of course, once the doc got in there and poked around…well, let’s just say they ended up rebuilding some stuff they weren’t anticipating. I’m okay, just wayyyy more sore than I expected I would be. Each day is a little better.

Actually, the surgery almost didn’t happen at all. It was scheduled for 10 AM and I got to admissions at 8 AM to start the paperwork. (Keep in mind, I’d been up the entire night before and hadn’t eaten anything since midnight. I don’t sleep well before stuff like this, among other things.)

By 9:40, I was STILL waiting to be admitted -because of a computer issue that had removed my doctor as an admitting physician, even though she’d been doing surgeries and procedures there for many years.  My doctor showed up and was livid, but they still wouldn’t let her admit me and we had to go bitch to the Chief of Staff about the whole process.

By 10:20, I was finally allowed in. The computer company had fixed the glitch, but now I was late for my surgery, which ended up happening at noon as a result. Sorta set everything back several hours, so I didn’t end up getting home until nearly 8. (Took me 2 hours to wake up from the anesthesia.)

Just a long day overall. (The last several days have been a mixed bag of sleeping and playing bouts of Dishonored. Gotta get those Clean Hands/Ghost achievements, yo.) I’ve been attempting to write here and there as well, but I’m finding it hard to focus. I’ve got a 12 week recovery to look forward to, so I’m just going to take it slow.

Hopefully this weekend things will improve more. (I’d *really* like to stop having to sit on ice. You have NO idea.)

This entry was posted in blog and tagged everything hurts, recovery, surgery, tired. Bookmark the permalink.

3 Responses to Crawling Out of the Hole