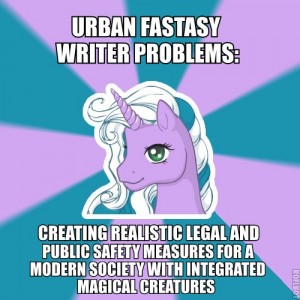 I went to bed at 10 PM last night – which for me, is *super* early. I don’t usually even head upstairs until between 12:30 and 1 AM most nights, but every once in a while I hit a wall and that’s it.

One of those burning the candle at both ends things. And last week was complicated because I was sick and for various reasons just didn’t get enough rest. And games. I’ve been sucked into games again…and I’m just going to have to stop playing for a while. Which I hate, but there’s  too much to do, and the games have become a distraction I can’t afford right now. Maybe once a week or something, after everything else is done.

So I hit the wall and my eyes were burning and that was it. Boom. Passed out and woke up feeling better. Not completely refreshed, but better than I had for the last several days. I suspect I’m going to need to repeat this process for a few more before things catch up into something proper.

Which is good, because I’ve got a ton of stuff on my plate and I’m terrible at prioritizing. (Even now, procrastination brain is going…but we should clean the house first! You can’t work without a clean desk! Or a clean bathroom! Or a freshly painted door! Don’t you want to start a new exercise program? Whiten your teeth? Get your hair done? Go shopping? True, some things need to be done, but other things need to be done more.)

We’ll see what happens, I guess.

And yes, I realize this is a fairly boring blog post, but that’s just how it is today. I’m tired. >_<

This entry was posted in blog and tagged rambly, random, really, really tired, so much to do, tired. Bookmark the permalink.

One Response to Crash and Burn