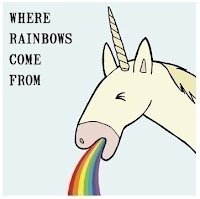 Well okay, then. Still can’t give details about the “deal.” Which is fine. I’ve had to push off a few requests for blog interviews until that point, but otherwise I don’t think there’s anything new on that particular front that I can talk about.

It is interesting, though. I think a lot of aspiring authors have this feeling that once they have a deal in hand, everything will be perfect. “I can quit my job and write full time!” for example. Which, okay – maybe if you get some massive 6 figure deal, you *can*. But even so, it’s a good thing to keep in mind no matter what sort of deal you cut that 1) You won’t be getting all that money up front – it will be spread out to you in chunks as dependent upon the stipulations of your contract. 2) Your agent gets his/her well-deserved cut *and* you’ll have to pay taxes on the remainder. Which doesn’t mean anything, except you probably shouldn’t quit your day job upon signing. (I’m certainly not).

Then there’s the sudden realization that I do, in fact, have to continue producing. It’s not enough to just have a deal – and although it’s fun to bask in the knowledge that things are happening, the truth of the matter is that I can’t just sit back and let it happen. It’s a bit scary to have your agent call and say “we need to discuss delivery dates.” At the very least, it drives the point that at the very heart of it, writing is a business and regardless of the muse, it has its own schedule. When the revisions for Book 1 will be due. When the outlines for Book 2 and 3 are due. When Book 2 is due, and so on.

And not that it’s a bad thing. Just that it’s a little overwhelming to have the next few years planned out so succinctly. And of course, there’s a little wiggle room here and there. I would much rather have a little padding on that due date and attempt to deliver beforehand, than to have to call a week before deadline and say I can’t make it.

There’s some fun stuff mixed in here too, by the way. Book titles to play with, mini-bios to write (and how pithy can I be, really? “Loves Hello Kitty. Likes to write.”) Should I use a pen name? Where’s my “professional” website? Who am I gonna get to do my author blurbs?

So yeah. Sunshine & Lollypops, for sure. Just don’t look too closely at where the rainbows come from. 😉

And yeah, I’m a little in awe at the fact that some actually took the barfing unicorn to the extreme that they actually *sewed* it.

(Bluey, my dear – what are the chances of seeing some knitted socks in this??)

Sunshine, Lollipops And Rainbo…
This entry was posted in writing, wtf. Bookmark the permalink.