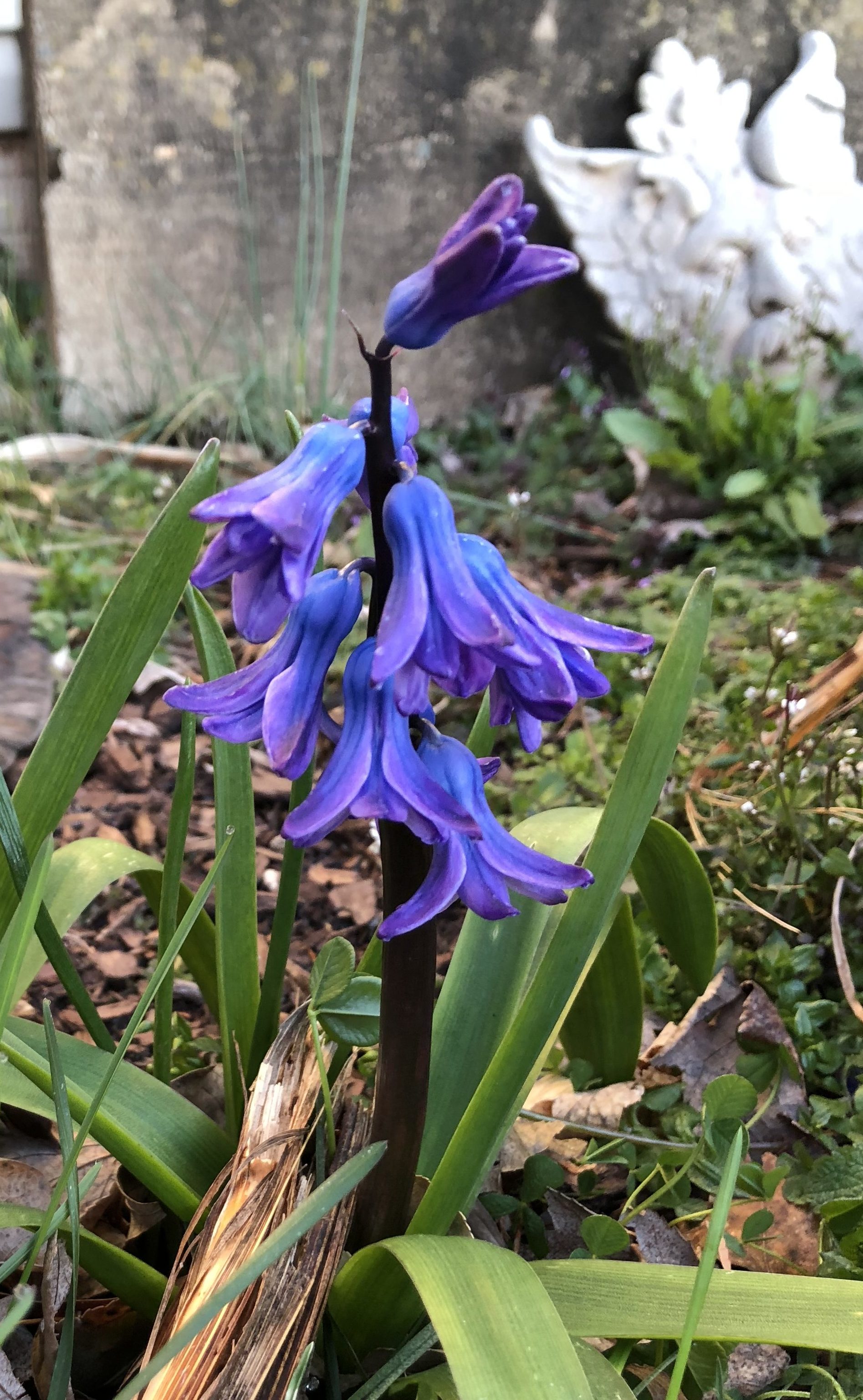 I seem to recall a few posts back something something resolutions, gonna blog more and be more socially involved and I bought this fancy new scheduler and more organization and more…IDK adulting. Or something.

Well, I guess I’m not much good at it, best intentions and all that. Not that I’ve been sitting around doing nothing, mind. I just haven’t been particularly good about talking about it.

The fall out with the mice from the last post or so was…extreme. I’ve been dealing with contractors the last several months, involving the rebuild of two rooms, a bathroom remodel, hot water heater replacement, and some electrical issues which we finally tracked down to 1) charred(!) wires near the hot water heater and 2) a bad wire out in the yard connected to our lamp post. But all is compete and done and while we still have a number of things to do, at least this particular project can be crossed off the list.

Between that and Old Man Jake who continues to get older (over 20 now) and more…touched, I guess – things around the house have been a bit of a mess. Jake continues to pee in places he shouldn’t. And crap wherever, including the one of the new rooms, from which he is now barred. At this point we’re basically letting him live out the rest of his twilight years before we do any more major remodeling. I’d love to get the carpets replaced, etc, but there is absolutely zero point if he cannot remember the proper place to go in. 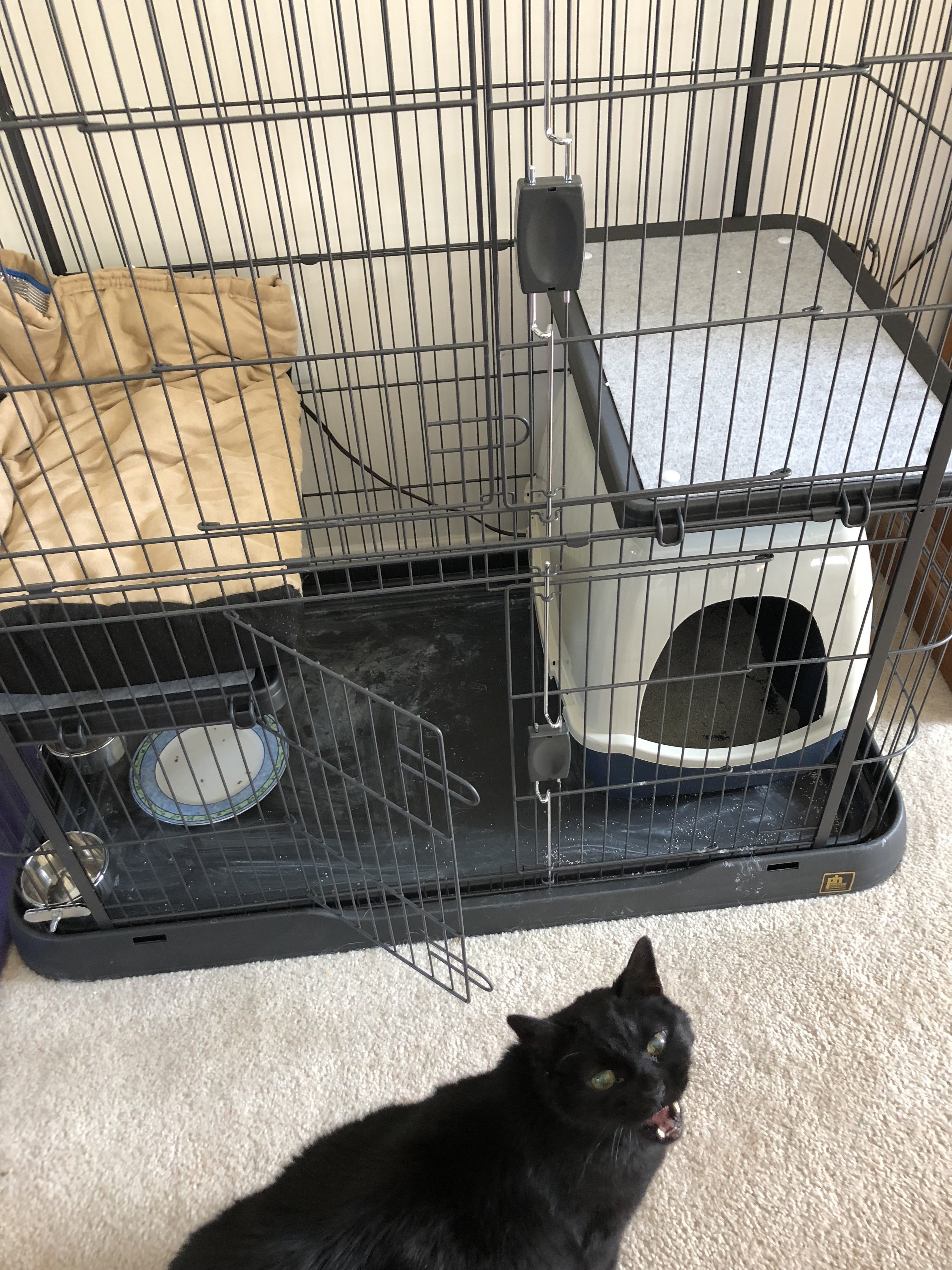 The vets say he is healthy, except for his hypothyroid and the beginnings of renal failure, but otherwise…he’s just old and forgetful. I did attempt a compromise with an upstairs crate that we could keep him in at night to minimize his damage, but that’s not going super well.

It’s a slow break-in to just starting to feed him in the crate, which he accepts, but it’s like he doesn’t even realize the litter box is there. And shutting him in the crate set off a panic so bad he actually broke a tooth on the bars.

A tad bit irritating, to say the least, but he’s been with me for nearly half my life now, so I can’t give up on him just yet.

I’ve also been cross stitching some. I finished one project for a friend and I’ve started the one for the winner of the last post. It’s just taking me a bit longer than I might usually do. The fibromyalgia has taken a bit of a turn for the worse – between the complete and constant fatigue, I also managed to throw out my back some and I’ve been struggling to do much more than work from my bed. Small errands exhaust me and that is beyond frustrating. The craft work is actually very therapeutic for me, though – it’s just more finding the energy to sit up and *do* it. 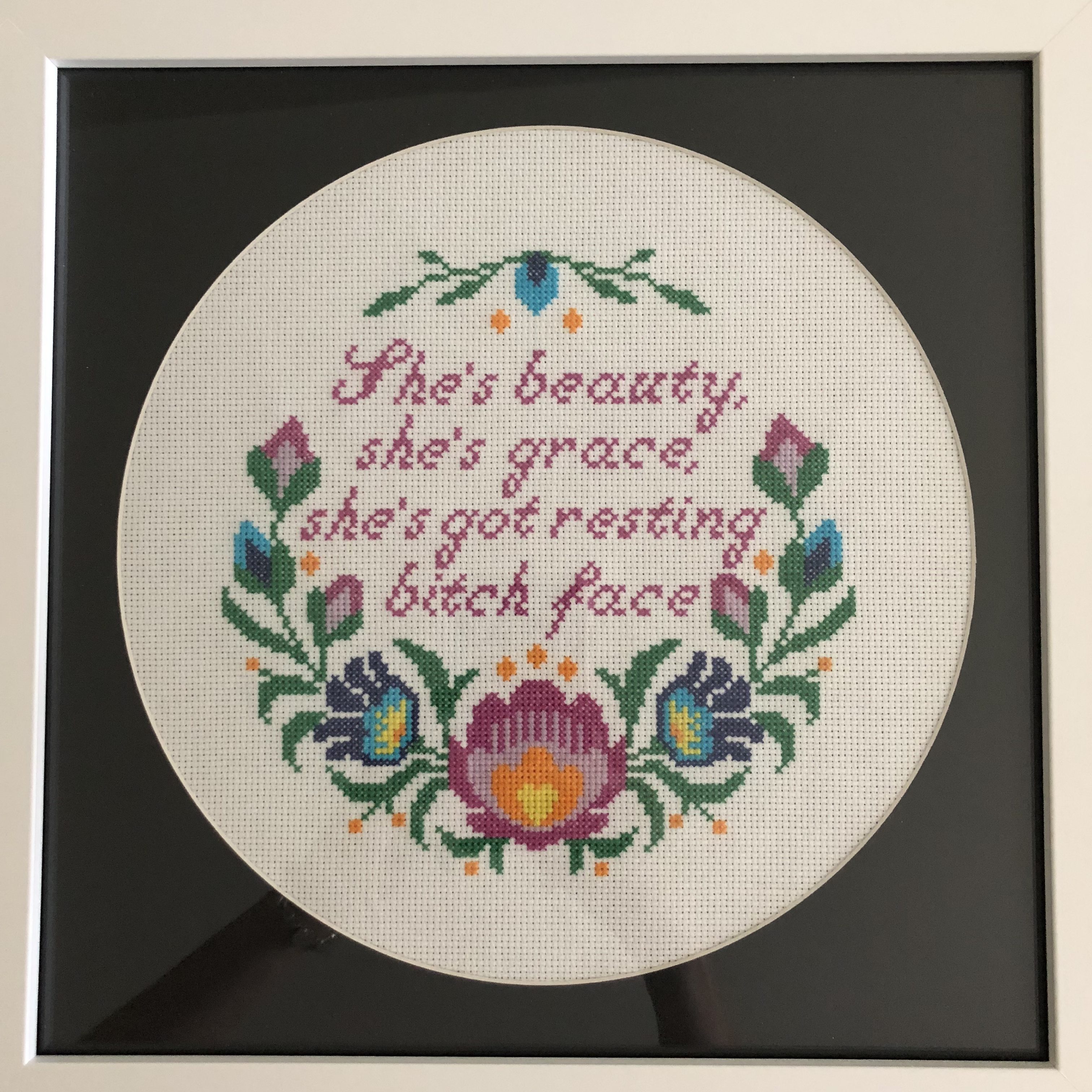 And yes, I am still writing. Or editing now, as the case may be. I don’t have all the edits for Magpie’s Fall yet, but I am working on what I do have so that I can get it out as soon as possible. In the meantime, I’ve submitted a few short stories into the wild, and Aimo and I have sent out a new comic proposal, so we’ll see where that takes us. (It’s a really neat concept and I like it a lot – I would very much like to find a home for it.)

There is more of course. There always is. One problem in particular is dealing with Lucy who has come down with a troubling health issue of her own. I will save that for a future post where I can talk a little bit more about it and what it may possibly mean for us in the next few months, but it is what it is, as they say. (Is is not life threatening, but it is life changing.  At least we KNOW what is wrong and that is worth a very great deal indeed.)

This entry was posted in blog and tagged cross-stitch, fibromyalgia, health, sorry I keep talking about my health issues, tired, updates. Bookmark the permalink.

2 Responses to Monkey See, Monkey Do…