So the last few weeks have been a bit of a cluster – as I mentioned last post, when it comes to resolutions or intentions or whatever, my best laid plans tend to get easily derailed. And so they have.

I mean, some of these things were scheduled – sleep tests, house painting and the like – I had still scheduled time for writing or creative endeavors – (like that little giveaway I set up a few weeks ago – winners announced at the bottom of this post, yo).

In a truly odd bit of irony I picked up this Breathe magazine on a whim while in line at the grocery store a few days ago. I don’t know why – I just thought the cover was pretty, though if I’d realized it was $14 I probably would have walked on by. It’s a nice magazine, but I don’t think it’s THAT nice. Maybe the gods were giving me a heads up.

At any rate in between all the normal stuff, I decided to paint some rooms in the house. I’ve been burning to do so for quite a while, so I figured, whatever, let’s do it. I got some paint, taped off some walls and went to town. This pleased me quite a bit, so I got more ambitious and decided to do pretty much the rest of the house. A room at a time – except for two rooms that are way too large – both the foyer and the family room are two-storied and fairly massive and as bad as I am on a 3 foot ladder, there’s no chance of me getting on anything taller than that.

So I hired a few guys and they did it all in two days and I was like, ooooh – I’ll do the other two rooms myself and crank it out in a week and I’ll be done. And of course, each room I’m doing, I’m using as an excuse to throw out/donate/reduce.  Which makes sense.

But I wanted to do things right, so when it came to some things I wanted to keep, I decided we needed to put them in the unfinished storage room in the baesment. Which was already pretty packed and needed to be gone through as well. The whole basement did, really – it had become a bit of a dumping ground for things we weren’t sure of needing or not, plus a ton of kid crap that had been outgrown, etc.

This is the problem with projects and me. It’s a bit like unraveling a blanket. One thread pulls out another, and another and part of me wishes like hell I’d just left this one alone.

Upon entering the store room (which we don’t do often, clearly) we found some mouse droppings. Which, okay gross, but wasn’t a huge deal. Until we looked closer and discovered a LOT of mouse droppings. And mouse nests. And caches of food everywhere.

So we started emptying out the storage room. Basically every box or bin that hadn’t been sealed shut had apparently becomes a rodent’s paradise.

The first day we spent with the heavy duty masks and gloves on, spraying everything down with bleach, and started pulling everything out into a massive pile onto the driveway (everything we were going to throwaway, anyway. Everything else ended up on the deck to sort through and clean. )

But the more we sorted, the more damage we found. On the second day we called a junk truck company to come and haul the stuff away because it was more than we could reasonably take to the dump ourselves, and frankly I didn’t want anything like that in my car.  They came that morning and hauled away everything  and we thought okay, that’s over, yay.

Except it wasn’t. In additional to that storage room, a second unfinished room had also

apparently been hit, mice destroying two large oriental rugs. Oh, and then I started pulling away some boxes of my old school things that were in the basement proper. And yup – everything had been hit.

Including my entire Lord of the Rings LEGO collection. (Those were saved, btw – but yeah…)

In the end, we called the junk guys back the next day with an even larger pile of stuff – furniture, rugs, the carpet we pulled up from at least half the basement and pretty much everything else in the house I felt like throwing away at that moment.

Though it was tempting to just light a match and walk away.

I mean, every once in a while I like to dabble in Marie Kondo’s way of thinking when it comes to cleaning/decluttering. If an object doesn’t give you joy, then out it goes. 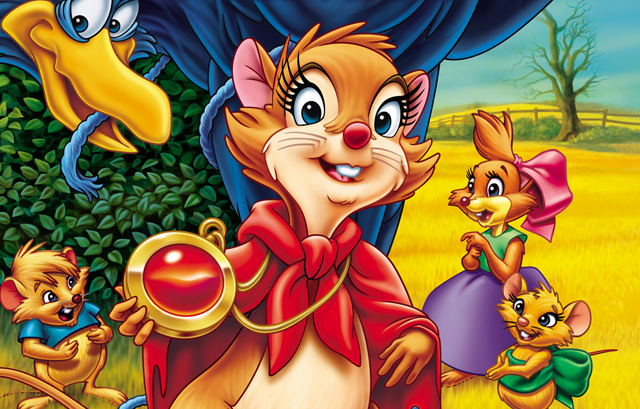 other with shit. (Yes, these mice were on par with the Ms. Frisby and the Rats of NIMH – they had separate food places and separate toilet areas. Well, at least separate food areas. The entire basement was their toilet apparently.)

On the other hand, I lost a lot of unreplaceable items – honeymoon pictures, sketchbooks, crafting items, a bit of my sanity.

It is hard to let go of things – hence why we had so much and why I’ve been slowly attempting this process of reducing and simplifying and all that. And in the end, while looking at my high school yearbooks might have given me a ten second walk down memory lane, the truth of it is, I don’t care. Anyone I want to keep in touch with is probably on FB anyway, and it’s not like my kids are ever going to look at it, right? (I mean, did you ever look at your parent’s college yearbook? Snoozeville)

So yeah, this was perhaps the universe’s way of pulling off a packrat’s bandaid.

In the meantime, how did the mice get in there? How did we not notice? Well, I suspect the mice got in last winter when a piece of plywood apparently fell out underneath the fireplace of our house (a bump out of sorts beneath the deck.) We have no idea how long it was open  – didn’t notice it until that winter when I felt a draft beneath the floorboards and discovered the hole with the insulation pulled out of it. We had it repaired, obviously – but my eldest did say he saw a mouse run into the bathroom the following Spring.

I set out a few traps and caught about 5 or 6 deermice over a few weeks and figured that was about it. (When he noticed the mouse, I discovered a few droppings by the cat’s food dish down there, go figure – but after I caught those mice, that stopped, so I figured the issue was gone.)  We haven’t seen any additional signs since then, but I’ve got a pest inspector coming just too make sure. 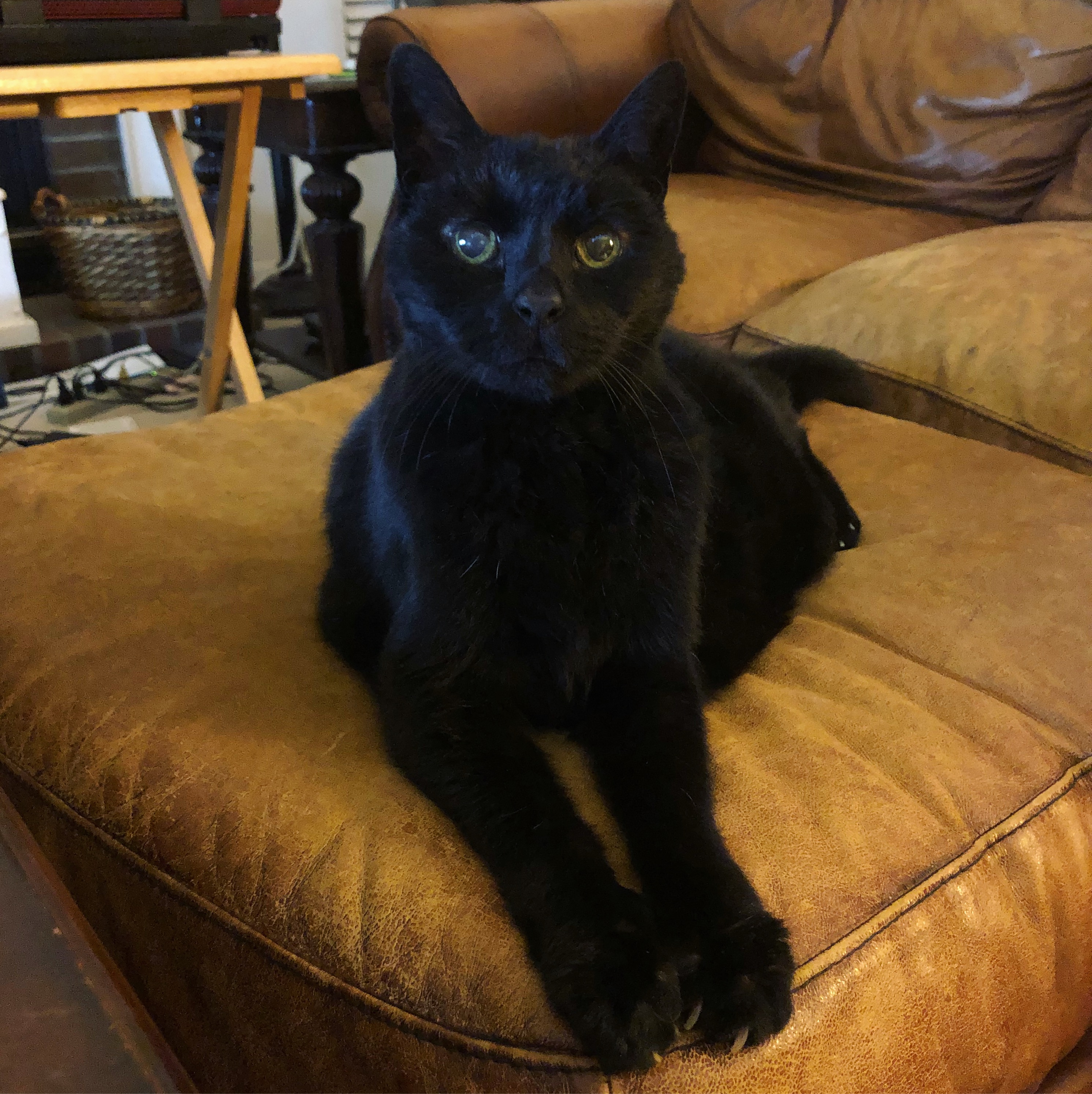 Yes, I have a cat – he is  20 and deaf and mostly blind. He’s also not all there. Very sweet boy, but I don’t think he would notice a mouse if it sat on his face, tbh. And being advanced in age, he doesn’t always find the litterbox on time, so I was attributing any odd smells to that – and the rest was me being too busy to pay attention to anything else.

I’m paying attention NOW though, for whatever that is worth . >_<

In the meantime, we’ve called a contractor – we’re going to finish both those storage rooms so they have proper walls and a ceiling and all that – hopefully that will be a bit more of a deterrent. Everything that goes in them will be sealed in bins from here on out and we’ll be replacing all the carpeting eventually as well, as time/money permits.

So, all this is why I haven’t been blogging or attending to the previous post’s contest – but I did run all the entry names into a random generator and the winners are:

Sereniti Chacon and Nikki Starbird! Congrats, you two – I’ll be in touch with you soon!

8 Responses to Of Mice…and Memories