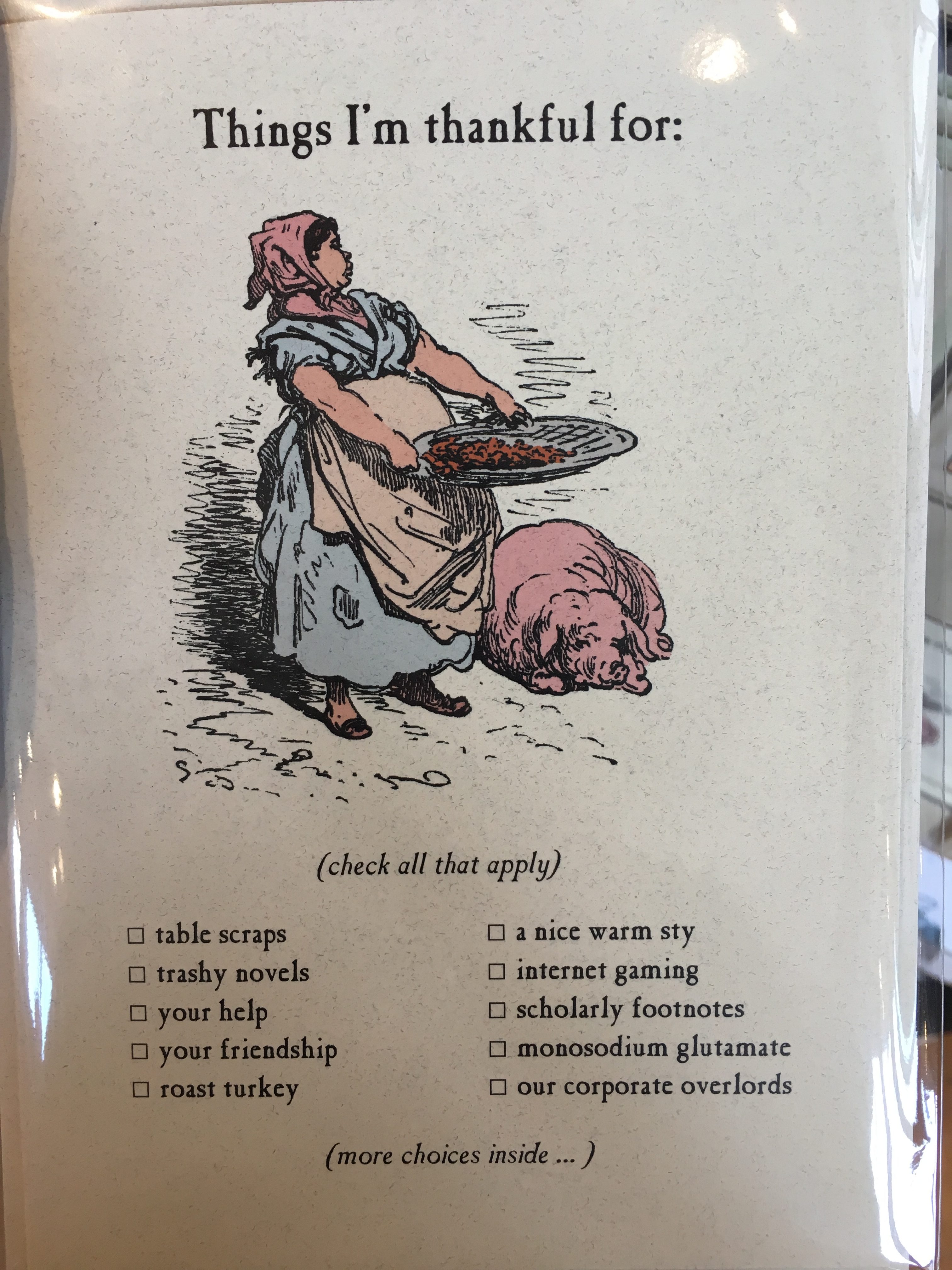 I don’t make resolutions for New Years. I’ve never really had much success with that sort of thing – coming up with an arbitrary day to start something – a new process or a dietary regimen or whathaveyou.

I mean, the concept is fine – whatever it is you want to do, you have to start somewhere, so the first day of the new year is as good a time to start as any, I suppose.

And I’m looking back over the past year with a curious eye – what I did manage to do, what I could have done better – what I want to do this upcoming year. I’m terrible at managing time – no matter how many planners I try to work with, I’m good for a week or so and then it’s like I decide they’re merely guidelines anyway.

Not that I won’t continue to try – there is a part of me that thinks that if I could just rein in my terrible urge to procrastinate all the time I would be so much more productive.

Or maybe I’d just burn myself out that much faster. I don’t really know.

What I do know is that even though I’ve started up a planner (yet again) I’m already derailing because…life. Intentions are great – there is satisfaction in seeing every hour of the day vaguely pointed in a particular direction, but distractions come calling from every doorway in all sorts of shapes and sizes.  I mean, I had it on the schedule to blog yesterday. What am I doing today? Blogging. Yeah. Such a rebel.

(Incidentally, Stardew Valley is the work of the devil. Stay away from it because it is a massively satisfying timesuck.)

That being said I do have more than enough projects in the pipeline – Magpie’s Fall, which 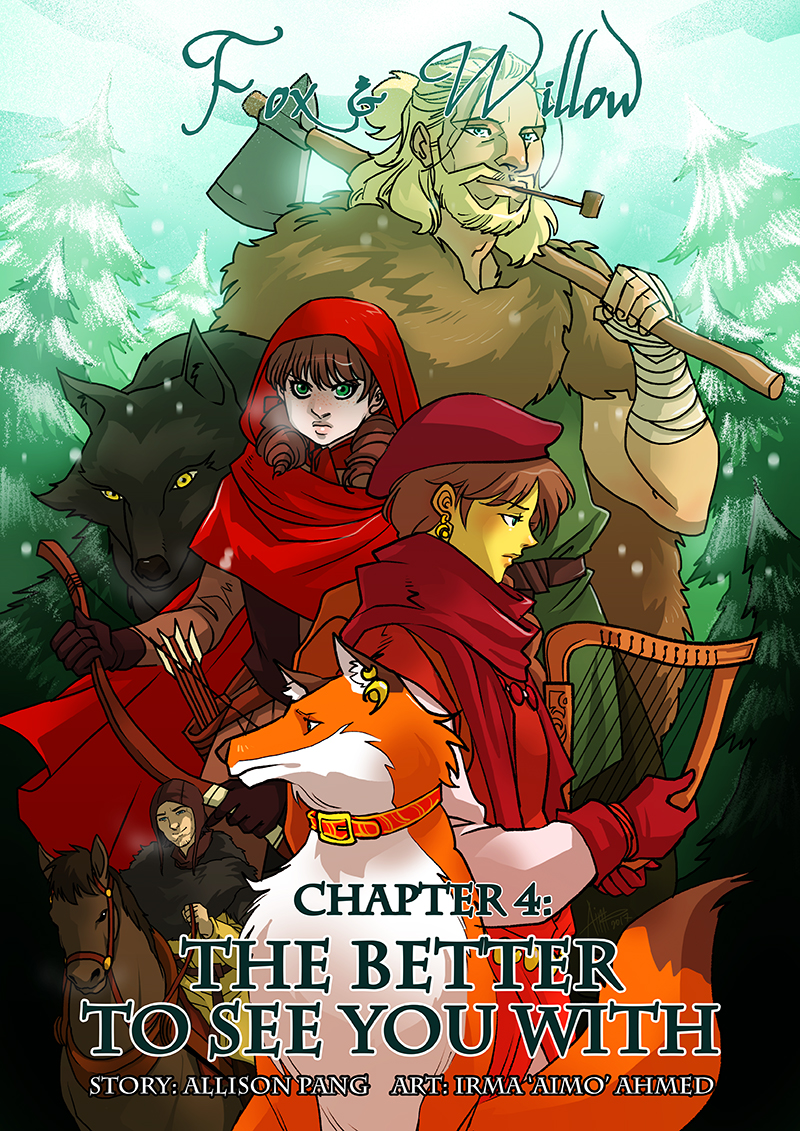 I’m tentatively scheduling for a March release at this point. Finishing up Magpie’s Flight and hopefully releasing it by the end of this year. Finishing up this other book for my agent. Several short stories that need finishing/reworking that either need to go back out on sub or that I owe some people. New webcomic proposal writing/submissions. Fox & Willow is also now returned from hiatus, so there’s a ton of stuff involved with that – Patreon and website management, Tapastic management, attempts at marketing, ha ha ha.

Maybe a secret project or two lingering on the outskirts.

On a creative level it is a LOT for me – especially given that health stuff has a tendency to do me in, despite my best intentions, but we’ll see how it goes.  I mean, I even started a new Abby/Phin short story in December – was intending to release it as a little freebie on my newsletter as a holiday gift to my readers, but everyone in the house got that nasty cold/flu thing for weeks and well…life has to come first. However it HAS been started. Phin is obnoxious, as he should be. I’ll finish it whenever and throw it up at some point – it’s just going to be something simple and silly. 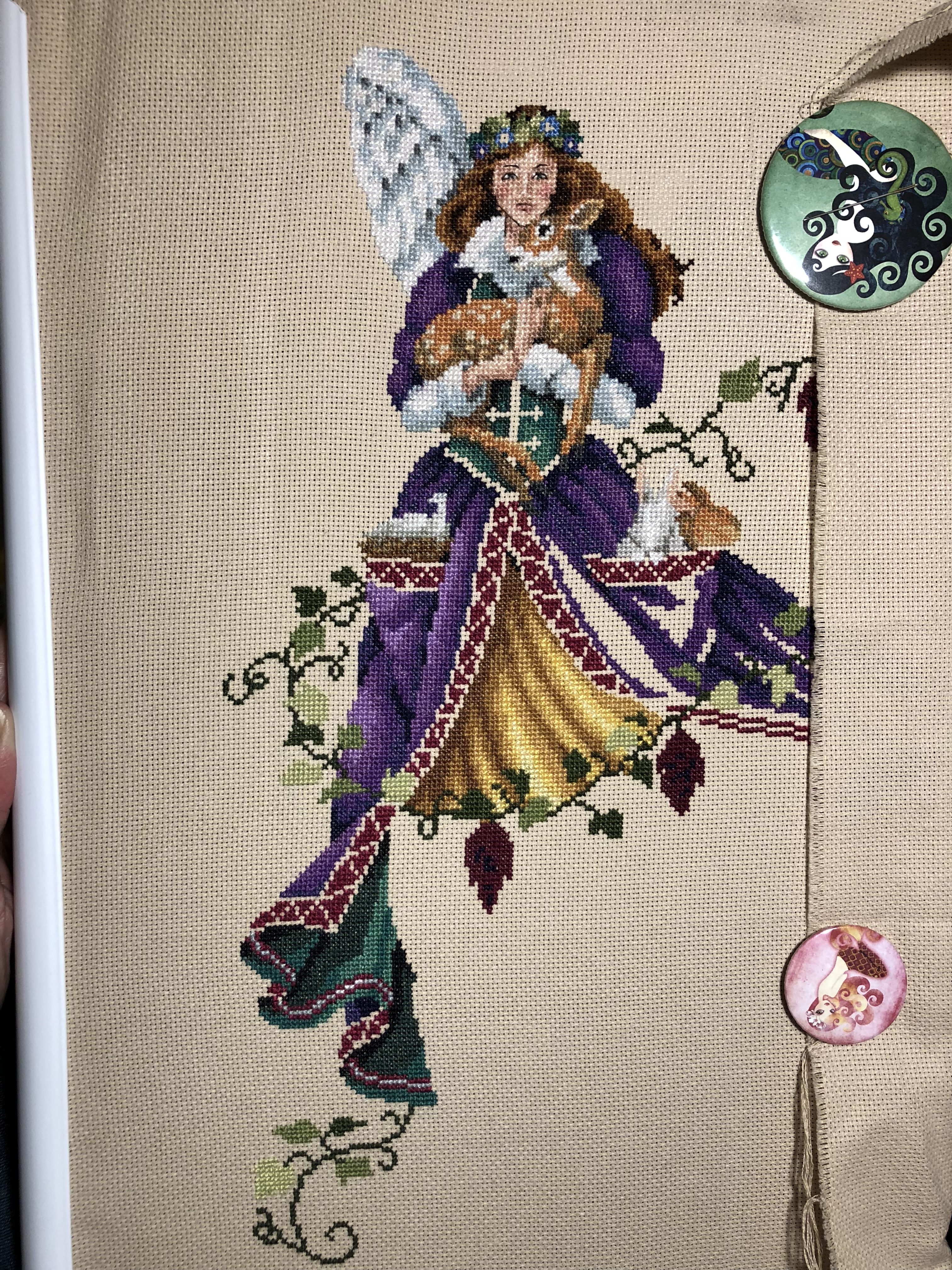 Also? I have a fuckton of cross stitching projects I want to start and/or finish. In 2016 I made a number of projects for people as gifts, but this past year was mostly focused on stuff for me – the larger sort of projects that take a fair amount of time.

<– This one is really rather massive. It’s not the most complicated thing I’ve ever done, but it certainly is one of the largest (should be 18 x 25 inches by the time it’s completed.) I’m saving all the nasty metallic thread stuff until the very end – looks nice, but just such a complete pita to work with. (And after this, I’ve got at least two other partially started larger projects that I would like to finish up too. It’s just a question of time.)

However, I did manage to do a quick mini subversive project or two – this is the latest: 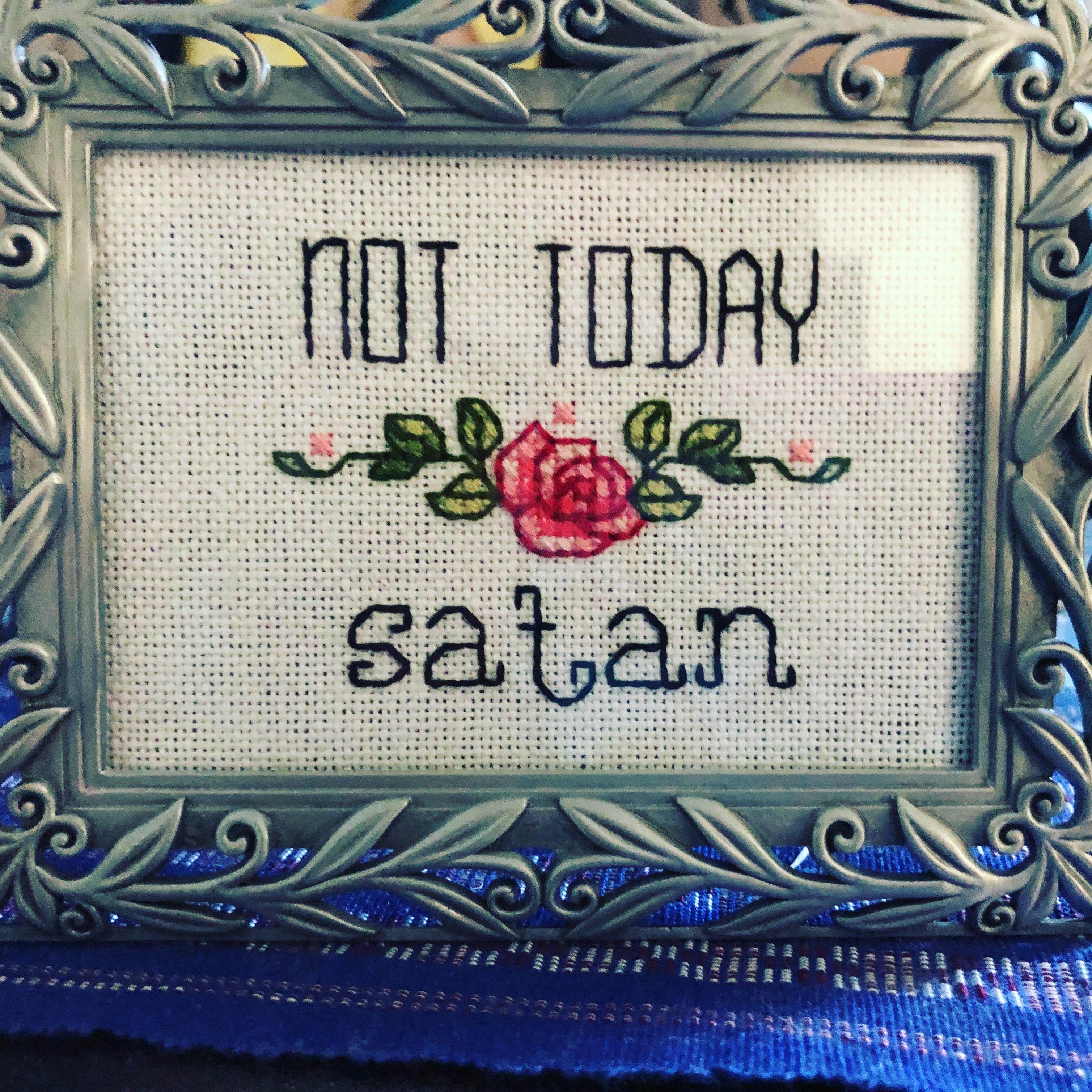 It’s super tiny  – only about 2 x 3 inches. I chose to do it on evenweave because it seems to spruce up the overall stitching.

You can find the pattern here, if you want to do it yourself.

Very cute and definitely my mantra for 2018 – after all the political bullshit and stupid health stuff that happened last year, I take a fair amount of comfort seeing it on my dresser every morning.

Meditation? Yeah, sometimes I try that, but this is nice too.

That being said, I suspect 2017 was rough for a lot of folks for a number of reasons and to that end, I’m going to offer up my subversive stitching services to two lucky people. Either this design or something else (we can discuss patterns – I have many, although it will really depend on the size/complexity.)

Leave me a comment below as to the worst/best thing that happened to you in 2017 and what your hopes/goals are for 2018. It can be anything – I’ll pick winners at random.

Open worldwide for the next week or so.

(Please leave me some way to contact you – email/twitter…something.)

Also, if you’re like…eh, Cross Stitch, boo, I’d rather have a book instead, I can do that – I’ve got copies of all my OOP books laying around AND Magpie’s Song, so you know – anything to free up a little space in my house is all good.)

Edited to add: Sorry if you were having trouble adding comments – I put the site behind a firewall recently as it was getting hacked a lot – think I’ve fixed the issue now though, so if you had problems, try it again now! Thanks!

This entry was posted in blog and tagged 2018, contest, cross-stitch, editing, help me, new year, projects, rambling, so bad at time management, writing. Bookmark the permalink.

12 Responses to New Year…Win a Thing