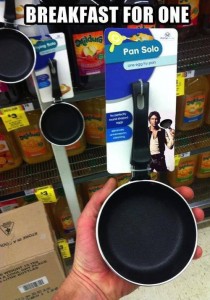 Even aside from all the issues I’ve had this summer, I had long expected to have this current WIP in to my agent months ago. But the editing road of the panster can be a tricky one and I appear to have added about 100 pages to it in the last few months.

Which seems like an awful lot. If I hadn’t, I’d probably be done with the manuscript by now…but I’m only halfway there, as a result. However, those pages need to be there.

As most of you know, pacing is pretty important when it comes to a book. Too slow and you lose your audience to snoresville. Too fast and the payoff feels cheapened. (The protag has to earn what she gets – and in my case, things were lining up a little too conveniently. Time to shake it up a little, right?)

Plus, it’s written in 1st person present. (Which is a weird voice for me to do for such a long piece, but that’s just the way it’s coming out.) But that means I’m very limited as to what I can show as far as the intrigues and mysteries are about – the reader can only know what the protag knows…and infodumping these things kills the joy of discovery. There’s also a bit of biological science involved – the protag isn’t remotely educated in that sort of thing, so she can’t have an instant understanding of it – but there has to be enough of it shown so that things make sense.

I do realize that sort of deep pov can be somewhat frustrating for readers. Like I said, it’s a tricky thing to get right – and there are some things I’m trying to set up now for a bigger pay off in a future book, but gotta be careful I don’t write myself into a corner either.

In the meantime, enough of the first half of the book has changed that now the second half has to be reworked. Not rewritten, per se – but there are now some holes that need closing. It’s a bit like putting a puzzle together. The things that fit together so well before have changed their shape or moved to a different location and I have to adjust accordingly.

I was hoping to have it finished by my surgery – which was scheduled on the 27th, but since it got moved up to the 20th, I’m not sure I’m going to make that self-imposed deadline, but I’m going to try. 🙂

Also – I’m looking for peeps who might be interested in some Word Whores guest posts. I’m going to be offline for several weeks and I need someone to take over my slot on Thursday. Drop me a line if you are interested!

This entry was posted in blog and tagged authorly stuff, editing, writing. Bookmark the permalink.

One Response to Page Count