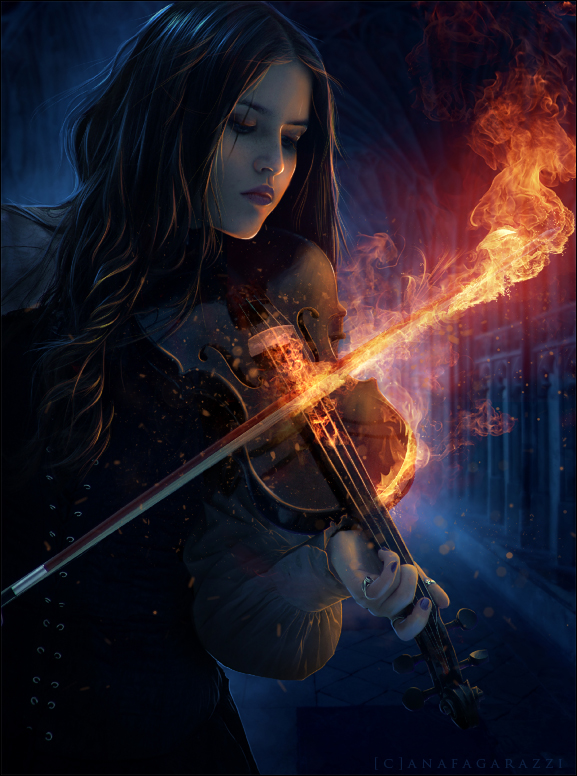 Okay – first off, the big announcement is that I’m officially allowed to talk about the Carniepunk anthology now. So yay!

(And no, the picture here has NOTHING to do with me or the anthology, but it’s fabulous and very apropos. It’s  called Fire Within Me and was created by the massively talented AF-Studios, so go check out the gallery on DA.)

So the details of the short story? Sure – this is the Melanie piece I’ve been talking about for a little bit behind the scenes. The working title is A Duet with Darkness and it will give readers some insight as to how she got that magic violin – hence the picture up above. 😉  (It’s a bit of a prequel to A Brush of Darkness, so expect a few small cameos.)

Otherwise, this has been a really messed up week with home stuff (and I’ll share the  ugly details of that tomorrow, but just…bleah.)

I’m over at Word-Whores weighing in a little about the “paying for reviews controversy” and new Fox & Willow page up today. (Today’s page is NSFW – tastefully so, but just keep that in mind if you’re in the office.)

This entry was posted in blog and tagged anthology, carniepunk, duet with darkness, fox and willow, melanie, word-whores. Bookmark the permalink.