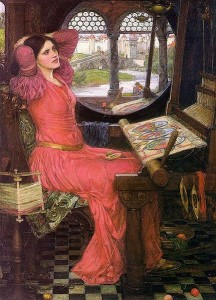 So I did something today I’ve been talking about doing for a long time.

I officially announced the closing of my gaming forum.  For those of you not a part of that community, you’re probably rolling your eyes and wondering why I’m even still talking about it. I’ve gone back and forth on it for years. Should I leave it open? Should I shut it down? Are people still enjoying it?

Eh. It’s like a loose tooth. It’s been dangling for a while, but the truth of it is the forum has been dying a slow death for the last several years – and like every good thing, it has to have an ending.

It’s still hard, though. I’ve been running it since 2005 and the first few years were a whirlwind of activity – writing, posting, art, contest, gaming talk. It had its bumps along the way, but for the most part it was a really great place.  Friendships were forged (and lost) and I met some really great writers and artists along the way. (Darchala, who does all my trading cards and  overall site graphics was one of the original founders, in fact.)

I cut my writing teeth there on play-by-post games and shared gaming experiences with hundreds of like-minded women.

Over the last year in particular, I’ve had very little time to spend on it. Posts in general are way down. Like anything else, if you don’t nurture something,  it dies eventually. Although, to be honest, I think it would be on its way out anyway – back when the site started, forums were all the rage. Not so much anymore – now there’s deviant art for art, and fanfiction.net for writing, tumblr, facebook, twitter – all sorts of social networking sites that just weren’t around back when we started.

So I decided this is going to be the last year. I won’t shut it down cold turkey because I know plenty of people who have files and writing that they’ll want to save in some fashion, but I will be shutting parts of the site down a bit at a time. I’ll shut the whole thing off around New Year, and that will be that.

Time to move on, as they say.

This entry was posted in blog and tagged gaming forum, sooner or later, that's all folks. Bookmark the permalink.

2 Responses to Snipping the Thread