One Of These Things is Not Like the Others 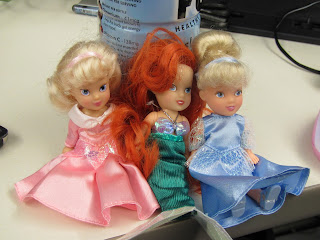 When I went to Disney World for RWA this year, I picked up a few little gifts for the kids.

Among them was a set of little princess dolls for Lucy.

I don’t know why, but they’ve remained in my suitcase for nearly two months now.

So I took them out this weekend and gave them a quick once over. And you can see they’re all sorta rosy and vacant looking. Cinderella, Sleeping Beauty and Ariel. 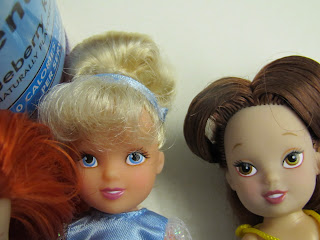 And then there’s Belle. Poor Belle. Belle looks…sallow, compared to the others. Wan and pale.

Is it because she’s French?

The solo brunette in the bunch?

The one princess who wasn’t bespelled in some fashion?

It took me a while, but then I figured it out.

Clearly, Belle is some sort of undead doll. I’d say zombie…but she’s French. So, I think by all the tropes that exist, that would mean she has to be a vampire. 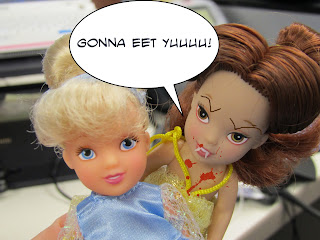 Clearly, you can see my fears are quite founded in fact.

This entry was posted in clearly I need something more constructive to do with my time, geek, no sleep 'til brooklyn, shouldn't I be writing?. Bookmark the permalink.