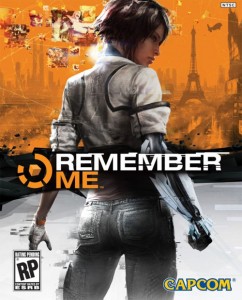 When I’m stressed I tend to buy or play a lot of computer games. Usually it’s because I’m looking for an escape from whatever I’m supposed to be doing. (Hello, edits? *ahem*)

Anyway, I’ve lamented several times about the lack of female protagonists in games. (And quite frankly, after the massive amount of wtfkery going on with women in gaming/writing/comics this past week – I’ve been trying to avoid the internet for a bit because it’s been depressing me rather badly.)

For additional details see this…or this or this or this. It’s just been “crap all over women creators” week.  I haven’t really bothered writing up a post about any of it – there have been so many fabulous write ups and responses (to the SFWA issue, in particular – and the powers that be have agreed there is an issue and they’re investigating it). I don’t think there’s much more I can say that would add to the discussion – and as I’ve said, I’m really rather depressed and discouraged that this is still happening.

In the meantime though – Remember Me was released today. I’ve bought it, but won’t have a chance to really fire it up until later tonight. So what’s so interesting about this game?

Well, for one thing – it has a female protagonist, so that’s a bonus in my book right off the top – especially when you read about how much the game developers had to fight to make this game with a woman as the main character.

Now, I’ve seen some mixed reviews – I sort of suspect that it’s trying to be too many different things at once, but I’ll reserve judgement until I get a chance to try it out. My bigger concern is that even as plugged in the gaming world as I am, I heard almost ZERO buzz about this game.

I’m always seeing the argument that games with female protags (or female characters on the covers of the game boxes) don’t sell. But how much is due the fact that there just aren’t that many games with female protags vs the fact that game publishers usually only spend half the budget on marketing such games as they do for games with male protags? Becomes a bit of a self-fulfilling prophecy – as any midlist author can tell you – if people aren’t aware of a product, how can they be expected to buy it?

So it’s nice to see that the developers stuck to their guns for this. Also kudos to Naughty 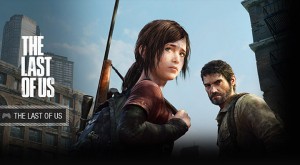 Dog for their upcoming PS3 game “The Last of Us” – again, they had to fight to have a female protag and doubly so to have her on the cover.

(I’m so disappointed it’s only for PS3 – I was really hoping for a port to PC. I’ll admit, I’m sorta tempted to buy a PS3 just to play it, but I’ll wait until I hear more about the PS4 release – praying they don’t gork things up as badly as the XBox One appears to.)

It’s a promising sign, though if this past week is anything to go by, we’ve still got a long way to go.

This entry was posted in blog and tagged games, misogyny, remember me, sfwa, women in gaming, wtfkery. Bookmark the permalink.

2 Responses to Remember Me