I’m in training all week for my “real life” job, so my internet socialization is probably going to be a bit sparse as a result – and that probably includes blogging for some of this week (unless people want blog posts about Exchange  Server 2010. Which I highly doubt.). I suspect my NaNo attempt has been completely derailed at this point as well – I’m in class all week this week and also at the end of the month – between that and the book release/con stuff/blog tour stuff? I’m pretty tapped out. I *am* still writing daily, just not as much as I should be for NaNo. Ah, well.

Anyway, I’ll just throw up some fun stuff today – first off, the picture here is a fab design by Aimo – it’s up on Threaded and we’d love it if you could go vote for it! (It could end up on a t-shirt design if you do! Vote by hitting the numbers on the right side of the picture – 5 is best, yadda yadda yadda)

And speaking of Aimo, new Fox & Willow page up today!

Otherwise, RT found a real-life version of Abby (celebrity/cover model look-a-likes) – so check that out.

Also – my class today is good, but my teacher is like a female version of Mr. Mackey on 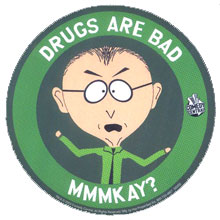 South park. Every other line is punctuated by a “Mmmmmkaaayyy?”

This entry was posted in blog and tagged aimo, fox and willow, fun, mmmmkay, updates, vote. Bookmark the permalink.