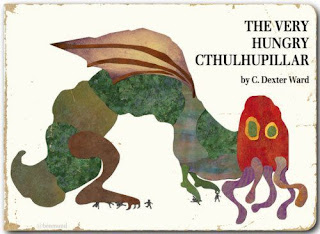 Suppose that’s what I’m doing now, though mostly only because I wanted to share this book cover.

Which is full of delicious awesomesauce.

Though the gamer in me did get hit with a bit of a blow when Bioware announced there wouldn’t be any more DLC for Dragon Age 2. Not that most of us didn’t see the writing on the wall.

I’m just a little bit disappointed because I’d been holding off on my last playthrough simply because I thought there might be something more coming.

And I know the game had its flaws and issues. They all do. But most of the time, the average Bioware game does have a tendency to suck me in so I don’t want to do anything except play – and that’s relatively rare these days. In my early  20’s, I could and would play damn near anything – but with my time so limited, if a game doesn’t grab me  within the first 10 minutes or so? I don’t go back. It may be moderately interesting, but moderately isn’t enough anymore.

I want to escape and get involved in another person’s story. (I guess it’s an awful lot like reading a book. I used to read anything I picked up – all the way to the bitter end, even if I didn’t like it. I thought I had to. Like I owed it to the book or the author or something. And again, I find myself putting books down more and more and never picking them back up again. Sort of sad, really.)

It’s rare for me to find a game where I actually want to know more about the characters’ lives, and I think what bothers me most is the lost potential here. The storyteller wants satisfaction and there were so many questions unanswered. Things I wanted to know.

And now I won’t. (And this is where fanfic and I don’t get along. I’ve read some and written some and enjoyed the process, but in the end – it’s not canon. It’s not my story to tell and unless the creators tell it, it doesn’t count. If that makes any sense. Just a mental switch in my head or something.)

I’ve turned to Mass Effect in the meantime – starting with the first one right now – though I am playing ME3 multi-player, when I can fit it in. (And there’s a massive brouhaha going on about the ME3 ending – not getting into it, because I have no horse in the race yet. And at the rate I’m going, it will probably be at least 6 months before I get to it, so hopefully answers or DLC will have been forthcoming and I won’t have to worry about it.)

Surprisingly, I’m really enjoying the MP aspect – far more than I thought I would, so that’s nice.  The ME universe doesn’t grab me like the DA one does, though. I don’t know if it’s a space thing or shooters vs hack-n-slash. Thus far ME is a pleasant diversion, but I don’t immerse myself in it.  Just isn’t completely my thing, I guess.

So, I suppose I’ll finish up my DA2 playthrough one of these days and wait for DA3 – or whatever the next big thing is.

This entry was posted in blog, dragon age, gaming. Bookmark the permalink.

One Response to Game Over