All Your iPad Are Belong To Us 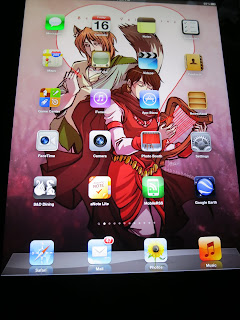 I was in a bad place last week, which led to a moment of spending…which led to me pre-ordering the new iPad.

There are a couple of reasons for this. One – I had borrowed one over the summer from work – it was just the basic iPad, but it was useful enough while traveling, particularly for conventions and even as a temporary child-soother here and there.

So there we go. It’s a tax write-off, at the very least, since I’ll definitely be doing writing work on it, but yeah – otherwise it’s a toy.

I fully admit it.

However, since I figure I’ll be keeping it a while, I did get it engraved.

Seemed like this was the right thing to do. 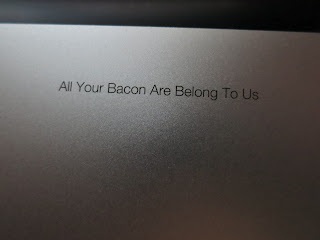 This entry was posted in blog, ipad, nerdgasm. Bookmark the permalink.

One Response to All Your iPad Are Belong To Us