Chill Out Over Change 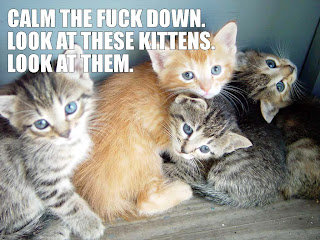 Change is always hard. (And yes, I’m still a bit kerfluffled about the editor change. I’ll get over it.)

But as difficult as an actual change may be, why is it that so often its mere suggestion can turn normally rational people into knee-jerk reactionaries?

At some point last year, the FF&P group I’m in (and currently the webmaster for. Sort of. Not for much longer), decided to take a look at the Yahoo mailing list we were using. FF&P has over 600 members – and that can lead to a *lot* of email messages, even on digest. Plus, we were getting some complaints via private emails that not everyone was happy with the way things were becoming so social. We had a lot of discussion about what constituted “promo” – i.e. the posts that continually shout out to the members to go read blogs/buy my book/use this service. (In some ways this is like preaching to the choir – we’re all writers…so we’re not really your audience.). Craft and writing messages were either stagnating or getting lost. Suggestions of moving things to a forum several months before that had led to complete anarchy.

So a separate committee was formed to look at the problem and attempt to come with new rules – better headers, less promo, scheduled days for certain announcements, etc.. We didn’t know if any of these would work, but in the interest of trying to make people happy, we decided to implement the new rules for a month and then revisit.

People freaked out. Immediately there was a rush of people announcing the loop was no longer friendly, that they were too afraid to post (because, clearly, the cost of accidentally posting the wrong thing was one of us hunting down and killing your babies), the rules were too hard to remember. Arguments ranged over the fact that some people like all the extra off-topic posts, to the frustration of having to scroll through hundreds of messages via digest, to complete indifference. People swore they would leave. That they would make their own loops where people could do whatever they wanted. Discussions got very heated all the way around.

Keep in mind this is a mailing list. Not health care. Not gun control. Nothing religious or political or anything of any real serious merit. A mailing list. Where grown-up people are supposed to be able to discuss things dealing with writing, specifically pertaining to Fantasy, Futuristic or Paranormal subjects.

What frustrated me most at that time was that the people who had been so vocal to us behind the scenes about wanting the changes sat there and said nothing. It made the board look like asshats who had just arbitrarily made these changes without consideration or contemplation, something that couldn’t have been further from the truth. We were volunteers, simply trying to solve a problem. And we got raked across the coals for daring to shake up the status quo.

In the end, the rules went right back to the way they were. We took a poll and a very small majority voted for it, and that was that. The masses had spoken.

Which is the way it should be. Majority rules, after all.

And I’ve never had an issue with that. People like what they like and they certainly should be allowed to express that. My biggest beef was the complete and utter melt down at the mere suggestion that we *try* something different. Just to see. Nothing permanent. Not some mandate from heaven dictating that the very fabric of your life is going to change because you suddenly aren’t getting a shit-stack of Off-Topic messages about dead pets on your iPhone.  (And not saying there’s not a place or time for that – just saying that in the grand scheme of things, this is very small potatoes.)

At any rate, I’d put it all behind me. The rest of the board pretty much decided we’d wasted enough time on the subject and the next round of volunteers can certainly attempt to fix the issue, if there’s even an issue to fix.

However, I’m in several other writing groups as well – and another one has recently announced they’d like to do the same sort of thing for their own members – only instead of reworking the loop, they’d like to actually look at automating everything from membership to on-line payments, to chats to the creation of an online forum to help better organize the messages. (I’m not on this board, btw – merely a spectator). Said group has over 400 members and everything thus far has been manual – i.e. membership renewals apparently take 3 months, so obviously something has to be done or the group will probably fold. Again – volunteers take the brunt of the work simply because they love and want to support their fellow members.)

Once again, the mere announcement that the board was looking at some of these things sparked a near panic. Cries of how much forums suck. I’m leaving. I’m making my own mailing list. Why can’t we just leave things the way they are?

And I just shake my head.

Once again, the volunteers attempt to do something to help a stagnating group and they get shit on…and most of the time the people who bitch the loudest never offer their own time or suggestions. And I get we’re all so busy. Too busy to go to a forum to find a message, but not too busy to scroll through 300 emails. Sure. Okay. (And that’s not to say I’m on board with all forums – some work, some don’t. But sheesh.) 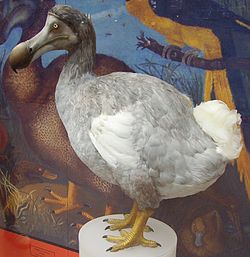 I don’t get it at all and I know this post is now entirely too long and ranty for a Friday, but it’s been weighing on me pretty heavily. I ended up emailing a board member of this particular group to give them a heads up for what they were in for and she was so grateful that it wasn’t something *she* had done. She was miserable thinking she had possibly made so many people unhappy by a simple *suggestion.*

And I have no answer for her at all. People are creatures of habit.

On the other hand, evolution also has its place.

This entry was posted in rant. Bookmark the permalink.

8 Responses to Chill Out Over Change