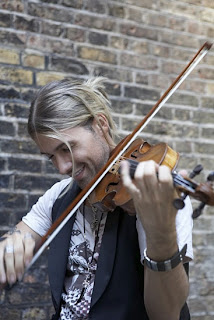 So, being that we’re halfway through the month and thus halfway until the day I get to see DG in concert again, I figured it was time to throw up another picture and squee like a silly fangirl.

So there we go. I like this picture because it doesn’t appear too staged, even though it’s a few years old. And actually, I was hoping to throw up some footage from the 45th Golden Camera awards, but I seem to have misplaced the link. He’s sporting some sort of Asian-fusion meets Legolas hair thing that I’m not entirely sure I like, but it’s still fun to watch.

Alas, there were no meet and greet tickets to be had for the Strathmore concert, so I’ll have to live vicariously through Heather and DoveLily, since the lucky ducks managed to swing it at their venues. (And I’m expecting pictures, ladies!)

And Heather? Since yours is the concert before mine, be sure to tell him I’m in the front row, center left (his left if he’s on the stage). I’ll be the tired-looking writer girl sitting next to the disgruntled Asian man. (Who is being a terribly good sport, might I add?)

16 Responses to Halfway to Hotness