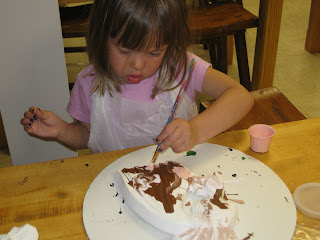 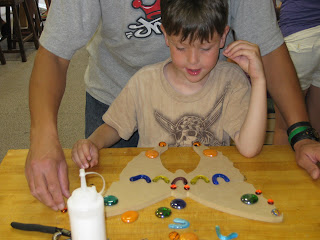 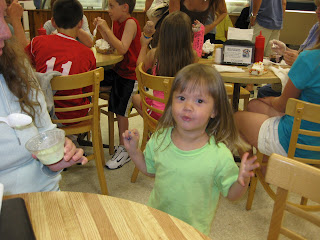 I seem to have become that which I most detest…a tourist. Never mind that most people are tourists when they go places. I was raised here on LBI, more or less – at least, during the summers. My grandmother had a tiny Cape Cod on Beach Haven Terrace, approximately 7 houses from the beach. During the big storm in the 60’s, the ocean washed away every house in front of hers, stopping only to let the waves lap over the front stoop. I spent nearly every weekend there for as long as I could remember, and honestly, if you’ve never fallen asleep to the sound of the Atlantic hitting the sand, then I am sorry for you.

Some time later, my parents bought the house I’m in right now – a slightly bigger Cape Cod, all for the low, low price of $70k- probably about 25 years ago. They rented it out during the summers, but we spent our weekends here (until they paid it off) when I was about 12. Since my mother was a middle school teacher, she got her summers off – and that meant she would come down and spend the summer here with my brother and I. My dad would come down about every other day and on weekends. Of course, being young and stupid, I didn’t always understand what a gift it was to be here. I knew it took me away from my friends, which I didn’t like. I also hated the tourists – noisy, snotty pitas from New York and Quebec and God knows where else. Back in the 80’s, the island had a bit of a downswing as it flirted with dance clubs and excessive noise complaints and drunken people. It’s cleaned up its act *a lot* since then. 😉

Of course, LBI is a tourist town – it has to be. Most of the stores here make their money during the summer. After all, who wants to come hang on the beach in the snow? Nothing is open here, or at least very little. There are some people who live here year round, but I suspect it’s a bit lonely and wild, although perhaps less so now that there is internet and cable. Still, we’ve had our share of history and interesting happenings. Celebrities come here, live here, mostly because it’s quiet. Billy Joel had a house here at one point, and Johnny Depp also used to make the rounds. Joe Piscapo once did a show right in the middle of a grocery store to prove who he was(on the check-out counter), because he’d forgotten his ID and the cashier wouldn’t let him write a check (or buy liquor or something…I can’t remember). Mickey Rooney was here doing a show at the Surflight theatre a few weeks ago (the same one from the movie/book Beaches).

I ran into the band members of Hot Tuna when I worked at the fudge store – they were warming up in the back room where I had to clock in (The Tide was a club above the fudge place at the time – now it’s a Bistro and some kind of craft place). *snerk* They told me I did it very nicely (punched in), though maybe it was the short shorts. LOL.

Jaws was based on happenings here too. Which freaks me out, just a hair – but it *was* 1916, so I’m thinking the water really is safe to go back into.

Not today though. Crazy thunderstorms all morning. They cleared by the afternoon, but sand doesn’t really dry all that quickly sometimes and I hate sitting in it. So instead, we went to a local craft place – the LBI Fun Factory. The top two pictures are from there. Lucy painted a ceramic goldfish a rather interesting color of brown, salmon, hot pink and green. We then added sparkles – whee! Connor made a mosaic butterfly – they had these great wood cutouts and a massive wall of beads and glass gewgaws. He and mr myn put it together and the place is going to grout it and fire it tonight and we’ll pick it up in the morning.

I make a big deal about naming some of these places, because as a summer town, a lot of stores come and go here. Last year, the LBI Fun Factory was Jack’s Bakery – which had probably been here forever and had the *best* creme filled donuts ever. Then they started to suck, so we used to go to the Crust and Crumb for our baking needs (in Bay Village). Now we go to House of the Rising Bun. Yes. They really do name there stores like that here. There are no chains allowed on the island – no McDonalds, no Barnes & Noble, no Starbucks. It’s unbelievably refreshing, if somewhat annoying from time to time. Nothing like finding that perfect gift shop one year, just to find it having gone *poof* the next season.

After the Fun Factory, we went to Thundering Surf – a massive rip-off of a waterpark. $80 for two hours for the four of us. *eyeroll* If it were just me, I wouldn’t go, but mr myn likes it and he was paying for it, so off we went. And truthfully, the kids really do have a good time up there. When I was little, we called it the AntHill – because it used to be just this massively huge hill, with cement steps carved into it, and you’d see this line of people snaking up, clutching their rubber mats. The slides in those days were just cement grooves carved into the hill. You moved along at a fast clip, but woe to the kid who’s elbow or knee hit the wall. Cement burns suck ass. Eventually it was torn down and rebuilt and now it’s all modern and lovely with giant tube slides and Dippin’ Dots and a way over-priced mini-golf course. Progress, yo.

The last picture is Lucy after eating her Mint Chocolate Chip ice cream. We walked the 1/2 mile into town after dinner to visit Barry’s Do Me a Flavor (it’s been around forever too).

Since I married and moved away, I haven’t been able to come here as nearly as often as I’d like. Maybe once or twice a summer (although I did get married here, so I’ll always have that). It depresses me, frankly. There’s an odd part of me that knows when I’m that 80-year-old crazy cat lady living by herself in a run-down cottage by the sea, this is probably where I’ll end up. Which doesn’t bother me in the slightest. 😉

This entry was posted in Connor, lbi, Lucy, rambling, vacation. Bookmark the permalink.