So when Aimo came to visit this past October we did a LOT of cooking. And eating.

And actually, she did most of the cooking – because she’s awesome.  (I bought all the ingredients, though. ^_^)

And then she wrote up a comic about her food adventures while she was here, including the part where Dan and I decided we wanted to adopt her so she could continue to feed us. (It’s several pages long and chronicles everything from Shake Shack during NYCC to Bilbo Baggins in Old Town, so, you know, full of noms.)

If you’ve been following me, you’ll notice that my own cooking stuff picked up once she left. Basically, we got spoiled tremendously, and while I don’t consider myself a chef by any stretch, it turns out I’m pretty good at following recipes, so at least there’s that.

At any rate, she just sent me a copy of the comic, which was a really fun way to remember the time 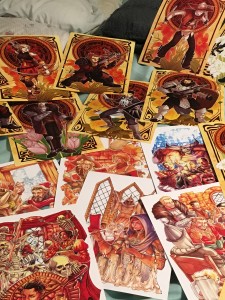 she spent with us – but she also sent me a number of her Dragon Age Inquisition prints – including her Holiday ones!

(If you are so inclined to pick up any of these fabulous designs for yourself, her ArtFire store sells prints, and you can find T-shirts over at TeePublic.)

If you want a closer look at the detail of some of the art, I’m posting an original painting as well – as an unexpected surprise, she sent me the Solas/Blackwall Holiday picture and it was so close to the print I didn’t even realize it was the real thing, just to give you an idea of how high quality these prints are: 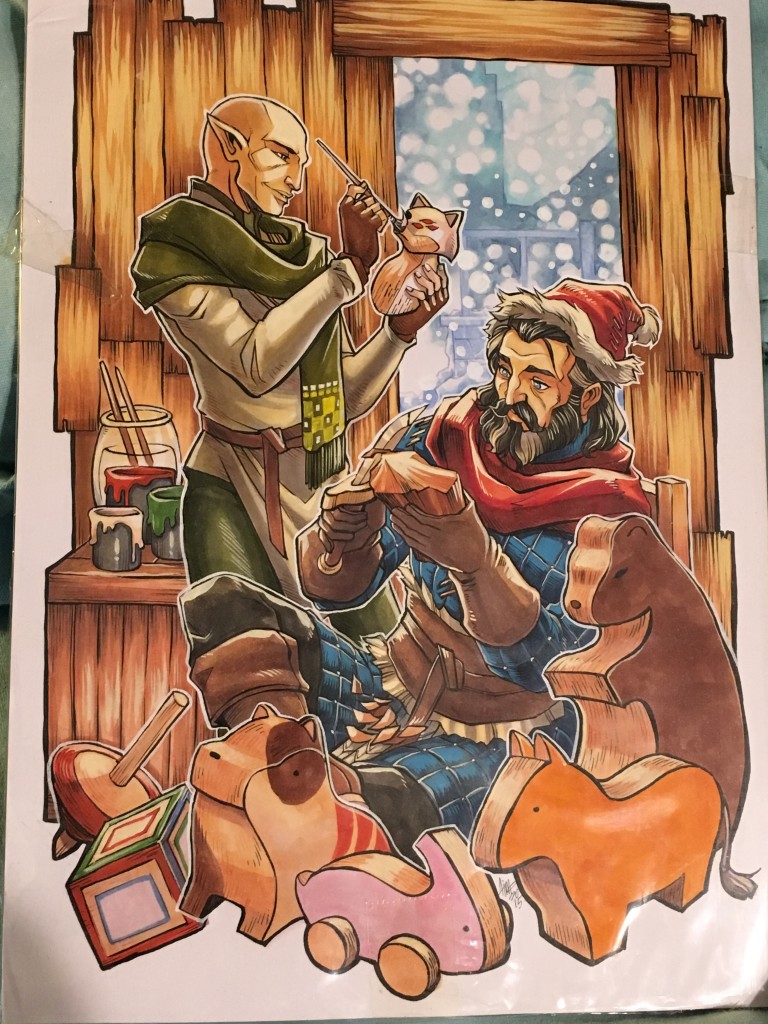 Seriously, it’s fabulous.  I’m going to be getting it framed next time I head out to the local art store (I’ve got a number of pieces I need to get put up, but it’s not cheap, so I tend to do them in batches.) 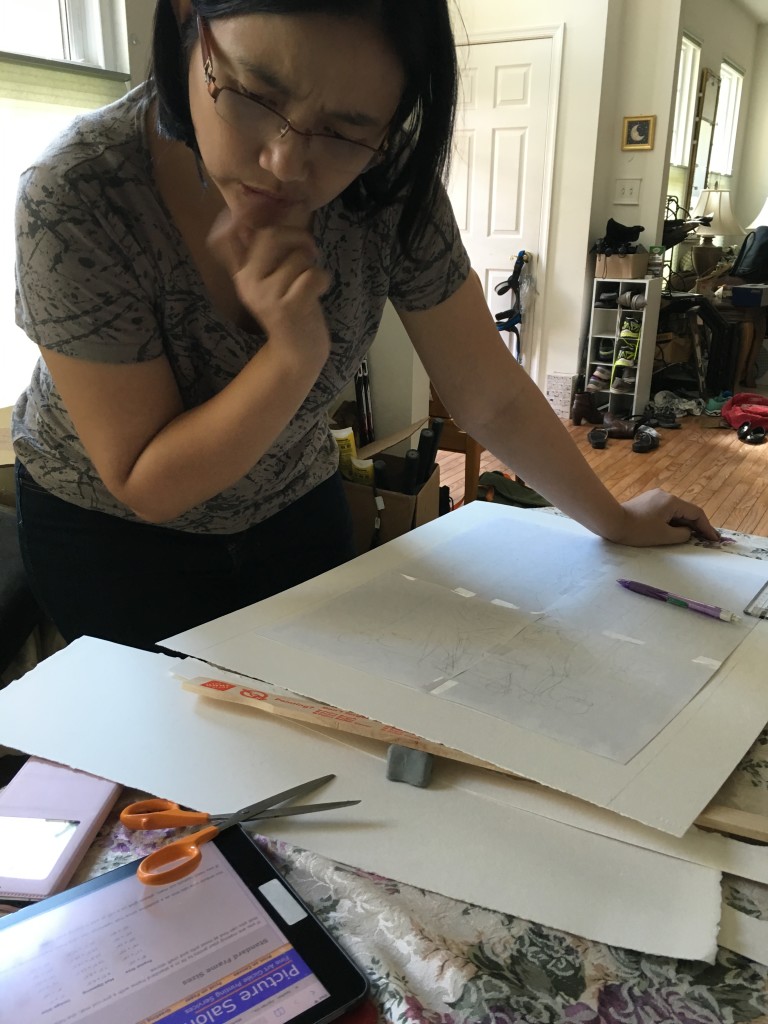 And speaking of framing, the best piece is one Aimo did while she was here.  (Not counting one of a rather frisky Fenris and Hawke that I will NOT be posting, *cough*).

It’s amazing and large and a lovely mix of watercolor and pencil and gouache and to be perfectly honest if I’d commissioned her at this size, I probably wouldn’t be able to afford it.

(I did buy some of the art supplies, including the fancy watercolor paper that Maggie apparently didn’t like. She would bark madly at it for hours for no god damned reason we could figure out. Maybe the smell? Who knows.)

But even aside from that, just being able to watch Aimo work was a genuine privilege. After we got back from NYCC, we had a tendency to alternate days – one day out and about 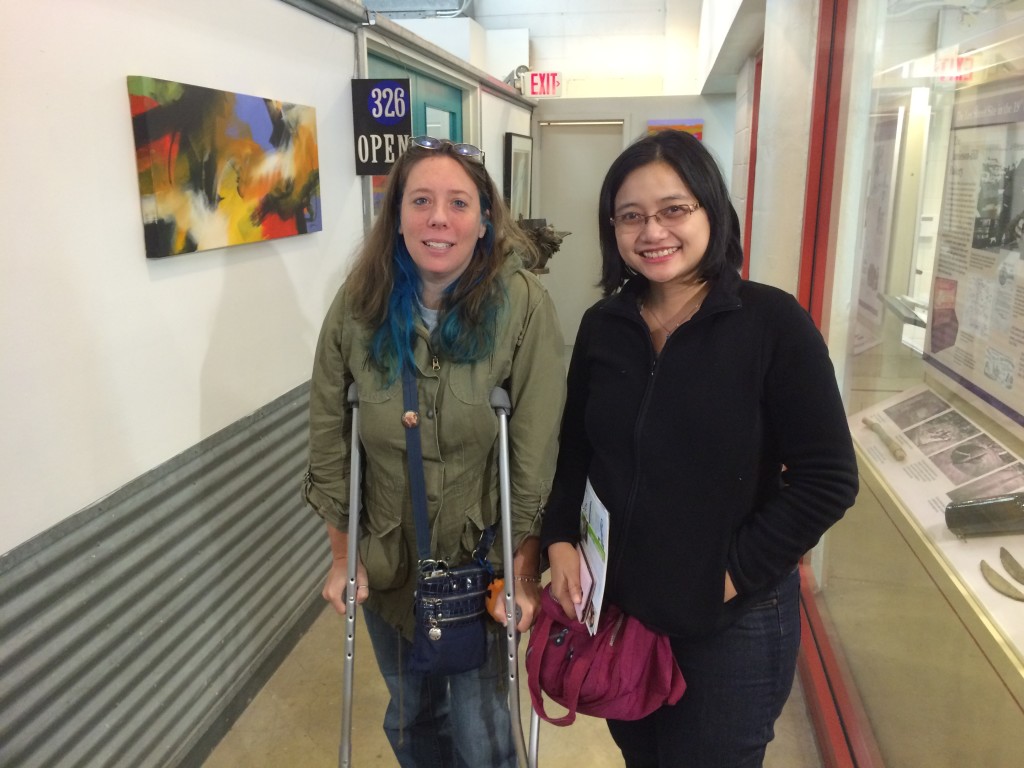 and touring around, and one day at home to cook/watch movies/go shopping, whatever. My original ideas for heading to DC were hijacked when we discovered my foot was actually broken and I’d been trotting all about NYC on it – 11 miles in one day, yo – by the time we learned it was fractured, it was pretty messed up, so plans had to be adjusted accordingly.

But on our days “off” I would write and she would art and it was a perfectly awesome thing for two introverts to do. I got to see her do the sketching and the line art and colors and all that. For a mostly non-artist like me, watching the process really drove home how much work goes into what she does.  (Plus it led to many hours of chatting and inside jokes, and that is worth quite a lot as well.) 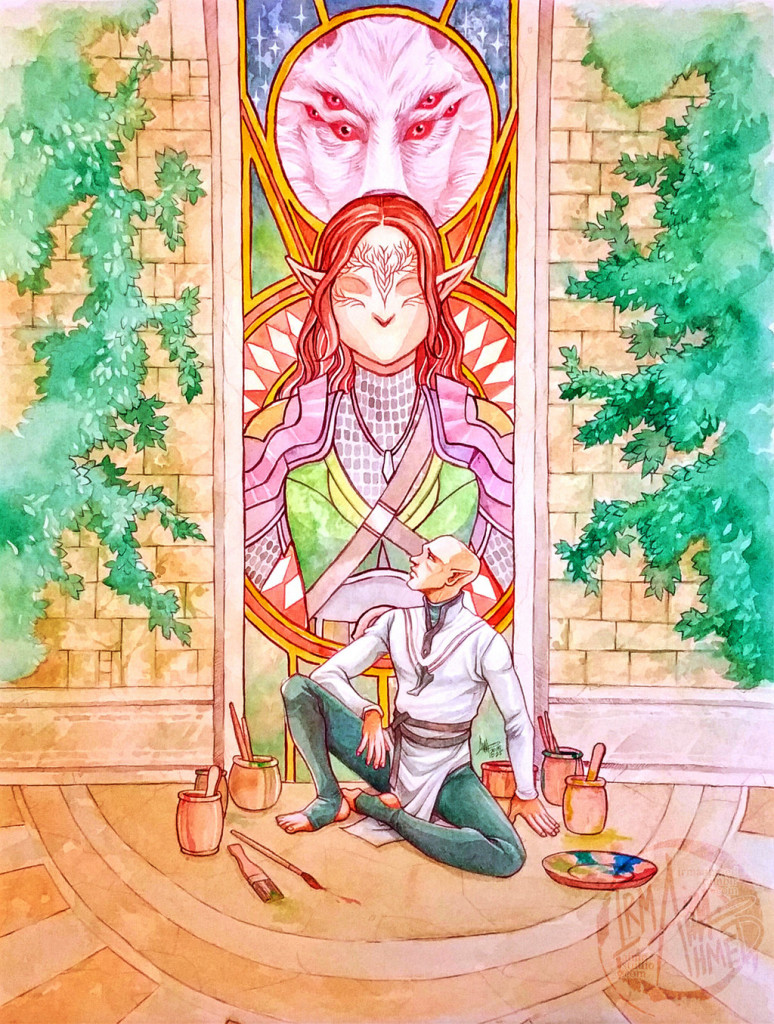 I actually wrote fanfic based on this piece, though I won’t be sharing it, but still. There’s something really magical about the creative dynamic between games and art and writing, and I’m rather grateful for it.