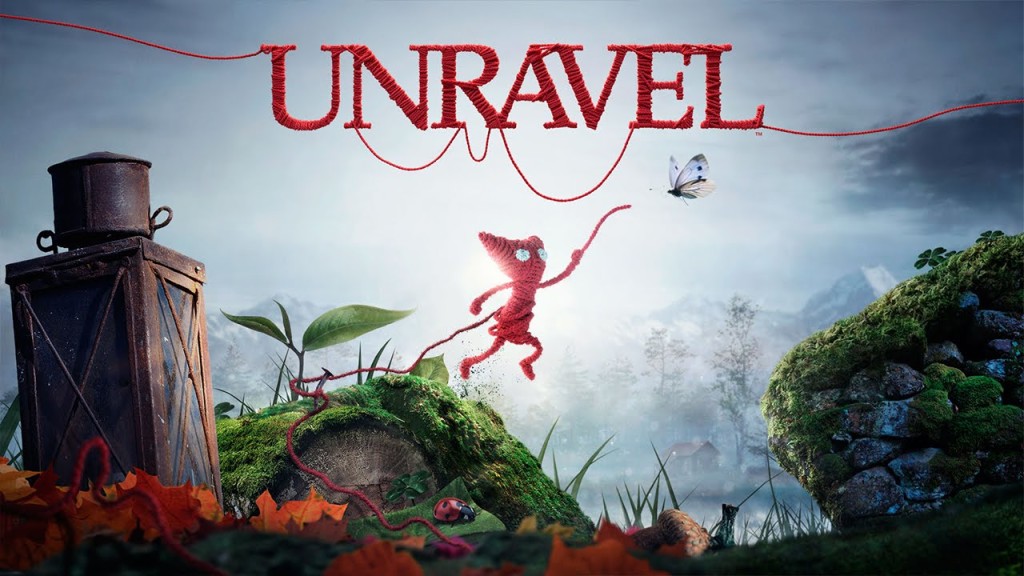 It occurs to me I’ve been sorely neglecting my overall gaming activities, but I have been fairly busy, so when time is at a premium, the video games tend to get put on the back burner. That being said, I have hit up a few in the last several months that I thought were pretty interesting, so here goes. Incidentally, I tend to flit from game to to game depending on my mood, so I haven’t finished all of them, but I will get around to it.

Unravel – I’ve only played the first two levels so far, but I love it. It’s nicely challenging without being massively frustrating, and the soundtrack is very soothing. Not to mention the graphics, which are also lovely. The concept is great too – as an enchanted piece of yarn (aka “Yarny”) you enter photographs to collect a family’s memories.

LEGO Marvel Avengers  – I ‘m a sucker for all things LEGO, and the LEGO games are no exception. (Though I’m definitely more invested in the Marvel LEGO stuff than the DC – I have the latest Batman LEGO game too, including all the DLC and whatever and I’ve barely touched it. Don’t know why.) That being said, this game covers the first two Avenger movies, including a few scenes from Captain America and whatnot. I felt a little disappointed in that I finished the main campaign very quickly – maybe five hours.

Although, as anyone who has played these games knows, the real fun picks up once you’ve unlocked most of the characters and can go back to get all those extras you couldn’t reach the first time through. And there’s certainly a ton of extras to go back to – so I imagine I’ll be replaying quite a bit, though I do have to wonder just what the Season Pass is supposed to include. Extra levels? Extra characters? I’m a little wary because LEGO Hobbit was supposed to include all three movies, I believe, but only covered two and then just dropped the Battle of the Five Armies and I found that intensely frustrating.

And can I just pick a bone here? I know the PlayStation version got access to some specific characters early on – ones the XBOX won’t get for a while, including Ant Man and some Civil War peeps – but I wish game companies wouldn’t do this. I don’t think Ant Man will be available for XBOX until July and tbh, I really don’t see myself still playing the game by that point, so it’s a bit of a waste. Exclusives in general really irritate me and I know they can cause a lot of bad blood for fans that maybe don’t have access to every console, especially if it’s story-based content. It’s incredibly unfair to deny people access to part of a game, simply because of “reasons.”

Amnesia: Memories  – This was actually a surprise gift from a fan that showed up on Steam one day (Thanks Victoria!). It’s an otome dating game, subbed. I tend to be a sucker for those anyway, but this one appears to be pretty well done, even so. You wake up with…amnesia, go figure, after some sort of accident and you’re trying to piece together f what happened to you, all while managing your potential love life and getting advice from a demon spirit who seems to have accidentally “bumped” into you, thereby causing your memory issues.

I’ve gotten through a couple of the branches with the various love interests (and died at least once, so that’s always fun when you mess things up, LOL). I’ve also completed most of the mini games, but I haven’t played for a little while since my back pain has gotten bad enough that I can’t really sit at my PC for very long. Which bums me out since I just dropped like 1k over the summer to upgrade it. I’m hoping to upgrade my laptop this year and that should help since I’ll be more mobile. Oh, and hey, like a lot of otome games, there is an anime to go with it – I watched a few episodes on Hulu the other day, but tbh, once you’ve played the game, I’m not sure what the point of the anime is?

Pillars of Eternity – I’ve talked about this one before I’m pretty sure, but both parts of The White Marsh DLC are out now, so I’ve revisited it. To be honest I didn’t play it that much previously – I don’t know if it was the game mechanics or what, but they’ve made a number of updates, so I started a new campaign and I’m definitely enjoying it much more now. I think a lot of that has to do with the fact that originally you really had to micro manage your party – I get that a lot of old-school gamers dig that, but honestly it just becomes a major pain in my ass. I don’t want to have to think that hard.

I will admit I’ve been kind of spoiled by the newer RPG games though – this one has a LOT of text to read through since it’s not entirely voiced and I’ve found myself skipping through bits of it to get to the next quest. I’m probably missing out on a few things, but it’s still enjoyable and the world building is very well done. But again – back issues have left me unable to play overly long, so I’m basically limping along until things change.

And who know when they will? I’ve had two surgeons look at me, scheduled an EMG, had two pain shots with a third one scheduled and no real answers in sight. And now I have to wear a knee brace as the IT band on my right leg is so tight it’s actually dislocating my knee cap, so you know…Whee. Sailing the good ship Vicodin and all that.

But in the meantime there’s books to write, websites to work on, sewing projects to finish…and games to play, when I can fit them in. 😉

This entry was posted in blog and tagged back pain, gaming. Bookmark the permalink.