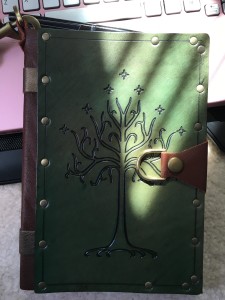 I’m baking cookies today. The chocolate chip sort. It’s Spring Break, the kids are bored, and I had dipped into some rather dark places last night, so…baking.

Not that I’ll probably eat any – I’ve been on a new sort of diet over the last 2 or 3 weeks. I hesitate to call it a diet, per se, since it really is more about changing the eating habits. Not that I’m particularly heartbroken about losing nearly ten pounds so far – I’ve got a lot more to go, but a slow roll off is healthier than a fast one.

These last few weeks have been hard – it’s sort of an anti-inflammatory diet in that for the first month there’s no caffeine, no sugar, no carbs and no dairy. The idea here is that a lot of people are actually allergic to these things and don’t really know, so going off them for a month and then slowly adding them back in lets you determine if you have some sort of reaction to it. As someone in chronic pain nearly all day long, I figured it was worth a shot.  (Every 7th day is a free day though – so you *can* indulge somewhat, and that makes it a little more bearable.)

I will say that working from home has made this particular diet a little easier since there’s a lot of cooking and organic type food preparation, so it’s been nice to be able to make things on the fly. And on an excellent note, I’m not hungry at all. I tend to be a stress eater, particularly when I’m writing, and this has killed that, which I am extremely grateful for.  (So thanks, Danielle, for pointing me in this direction!)

Anyway. I had hoped to be blogging a bit more frequently that I have, but busy doesn’t really begin to cover the last few months, so here it all is:

Writing and editing – Split one book into two, sent first book off to my agent this week and we’re just about ready to send that baby out on sub while I continue working on the second book. Really, really nice to be able to cross that off my list. Still sending out short stories to various places as well, but most magazines and whatnot take ridiculous amounts of time to get back to you so there’s just a lot of waiting there. 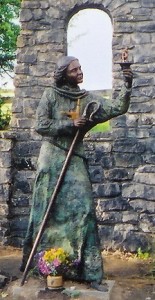 Brighideach website. While this would normally be more of a facelift type thing, I’m actually going to have to put on some programming hats here and figure out how to export their membership and various other things into an entirely new development environment. WordPress? Joomla? Who can say. I’ll admit the whole thing is a bit overwhelming, but I should manage – it’s really more of a time thing. (Now that that book is out the door, I should be able to focus on this for a few weeks and with a little luck I can get the back end development done. Window dressing is easy. Functionality a little less so. The fact that I’m doing it pro bono just makes it a little more difficult to sort out.) 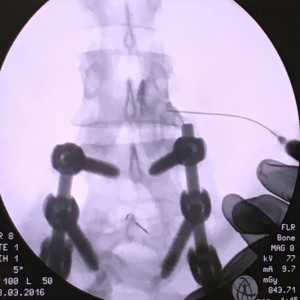 scheduled for next week. I see my surgeon after that to discuss how those have gone and I’ve got an EMG scheduled a few weeks after. Honestly the whole thing is a clusterfuck where insurance is basically making me jump through hoops to prove that I’m going to need another surgery. Which I am. It just becomes a thing of deciding do I do one surgery to take out the existing hardware which is driving me nuts and do the L3-L4 fusion later…or do I just do all of it at once. It’s hard to decide, since I have a ton of scar tissue so I know going back in there is going to suck, and the doc already said my L3 vertebrae is popping out of place so it’s completely unstable. Not to mention I’ve been trying to get into to see other docs for additional opinions and several have turned me down once they discovered I’ve already had surgery. I mean, I get it – no one wants to deal with someone else’s mess but it’s not my fault that my original surgeon just passed away of Stage 4 Pancreatic Cancer. So, you know?

Computer woes – My little pink Sony VAIO shit the bed last week – hard drive apparently had some bad sectors on it and I came into the spare bedroom that I’ve been working out of the last few months to see Windows freaking out about BACK UP NOW! HARD DRIVE FAILURE! Lucky for me, all my writing is in the cloud, so what little bit I needed to save I was able to get without too much issue and then it completely crapped out. Now, I did order a new laptop but it’s a custom deal that probably won’t ship until mid April, so that left me in a bit of a mess. I tried to do some work on the desktop this weekend, but I just cannot sit for more than 20 minutes or so without feeling like someone’s knifing me in the spine, so it’s not particularly doable. However, I bought a new hard drive and my boss (thanks Rob!) actually cracked open the VAIO and got it installed with a new OS and so I’m mostly back in business.

Of course, we installed Windows 10 and there are some things the laptop doesn’t like about that, but it’s working and that’s all that counts.  Actually the reason I was planning on upgrading anyway is that Sony sold VAIO to a Japanese investment firm and they don’t really support it anymore. Which means I’m really about one Windows update away from having it just freak out because I don’t have driver support. I did attempt to hit up Sony’s chat support anyway to ask about that and was immediately told I needed to talk to a “senior tech” for the low, low price of $250. When I questioned that, the chat tech hung up. Classy.

Miscellaneous Weirdness – I’m 90% sure my house is haunted. From shit breaking randomly and falling off of walls, to doors opening on their own, to actually having what felt like a hand shaking my shoulder while I was (AWAKE) lying in bed, as well as the hair being brushed from my forehead…yeah. A little weird. I don’t feel like it’s particularly malicious though, so guess we’ll just see. 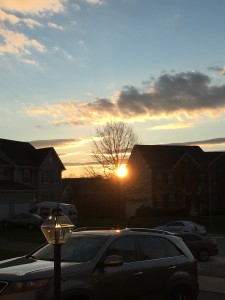 sidebar) which runs for the next 6 weeks. A lot of getting back to nature and rediscovering oneself. I really need it. Two days of journaling has shown me that I have a ton of self loathing to work through.

Oddly enough, I’m taking off this weekend for a very welcome retreat to a cottage up in the mountains with no internet. It was pre-planned several months ago before all the back crap, but it falls nicely into this course since I’m hoping to spend a lot of it outside.

Oh, and before I forget, I need to shout out to Sarah Cannon – who is/was one of my absolute best friends in high school – we don’t get to see each other much these days since we’re so far away, but it’s one of those friendships where whenever you meet, everything falls right back into place the way it always was? Anyway, she just sold her first two books to an imprint at Macmillan! So proud of her – she’s worked so hard for this and I know she’s going to absolutely smash it. 😀