I flipped off the TV with a sigh, sinking deeper beneath the blanket. “Must be nice to have a storm named after you.” I yawned, curling into a tighter ball on the sofa. Outside, the wind rattled the windowpanes, a sliver of icy air creeping over the exposed skin at the nape of my neck.

The incubus in question let out a disgruntled snort. “I would hardly refer to anything I do as ‘chilly’.” He paused, mouth quirking up at me. “They got the pounding part right, anyway.”

Phin cocked an eye at us from where he sprawled in front of the TV. “I’ve got a storm for you. Right here in my pants.”

“You’re not wearing pants,” I pointed out.

“That’s pretty much the point,” he agreed, stretching out obscenely on his back.

~~ random Abby drabblet that started out as a two-liner inspired by the recent storm and swiftly started to become several pages of banter and sexytiems, but I ended up cutting it off here because that wasn’t my intention. (But maybe I’ll post the rest later. *ahem*)

It’s no secret that I have a tendency to add cameos of characters in my Abby Sinclair books. In fact most of those “walk-on” sorts of characters that I describe briefly, or only have a line or two of dialogue are actually cameos of characters I’ve played in online games (or those of my friends.) Or, in a few cases, actual characters from games I was playing at the time – though, I’m usually pretty careful not to mention them by name…or the game. (Though they’re probably obvious enough to anyone who’s actually played it.)

So, I have to say it was a rather lovely surprise to find a cameo of one of MY characters trotting right on through a scene in Jeffe Kennedy’s recent book, Rogue’s Possession.  Three guesses as to who it is: 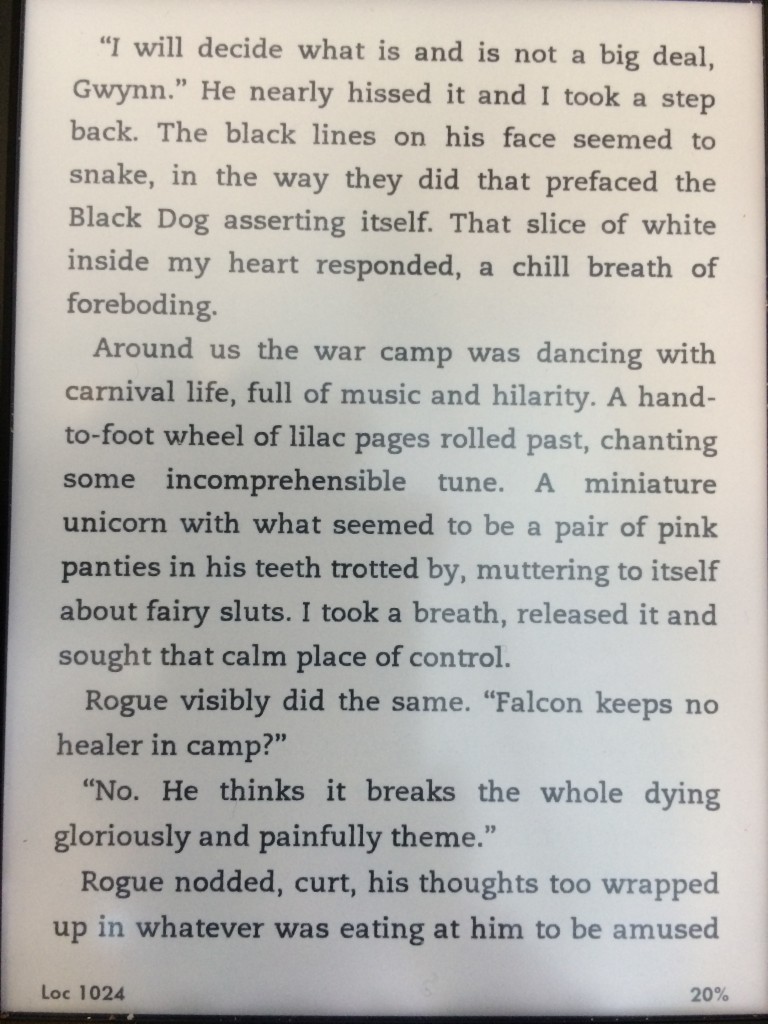 I’m rather tickled pink about it, to be honest. (Also – go snag this book, and the one before it – Rogue’s Pawn. Smexy faeries, magic and mayhem and some really fascinating world building make for a great read.)