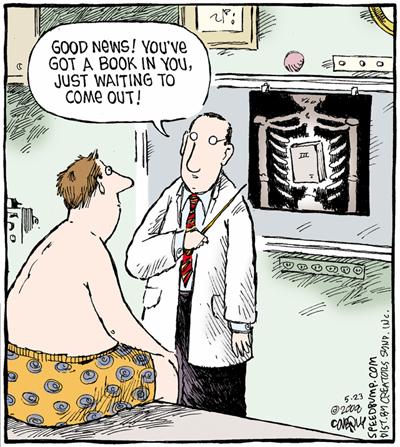 I was chatting with one of my friends the other night about writing – me, looking over revisions from my agent and trying to organize my thoughts on them. (And incidentally, I usually take a few days of NOT doing anything with revision type notes or suggestions. Better for me to let them sink and decide how I want to proceed.)

So I was mulling.

My friend, however, was disheartened at a rejection she’d just received. And we talked about that a bit. It was an interesting sort of rejection – the editor in question indicated that her short story read more like the first chapter in a novel – that there was more potential than what the current length was able to provide.

It was upsetting to her because she was trying to follow the advice of writing short stories as practice. It’s common advice – hone your writing skills on smaller pieces, work on getting those published for some “street cred” and then move onto longer works.

But you know what? Not every writer is cut out to be a short story writer. Shorter does not equal easier – not in any way.

I tend to compare it to the salt water reef tank I had several years ago. It was about 80 gallons, which people assume is difficult to take care of. Setup sucks, I will agree – but once it was stable, it took care of itself, more or less. Plus, because it was so big, even though I was vigilant about pH levels and salinity and temperature, I had room to play. If it went down or up a few notches, most of the critters did just fine.

Compare that to a micro-reef – which is usually only about 1 or 2 gallons in size. Sure it “looks” easier to take care of. Less water to deal with – but you know what?  A drop in pH or an increase in nitrites in such a tiny environment can mean wiping out that tank in a matter of hours.

Novels are like that too. You’ve got more time to play with plot and characters and build up. Short stories are often limited by editorial word count – in such a tight space, there’s no room for extraneous bits. (Sort of like my running career in high school. I was eh at the 100 meter dash, okay at the 200 meter – but it was the 400 meter that I excelled at. I was pretty damn fast, but it took me 200 meters to get to that stride that would allow me to win.)

So I asked my friend – “Do you like writing short stories?”

And there’s the real issue, I think. Short or long, writing something you hate is almost guaranteed to bring failure.  (That goes for genre too. ) And sometimes, it’s just practice – but sometimes it’s not.

In the end you have to write for yourself – and write what you love.

This entry was posted in blog and tagged blah blah blah, metaphoric crap that is supposed to mean something deep but probably doesn't, unasked for advice, writing advice. Bookmark the permalink.