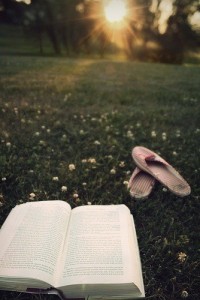 So, it’s been a quiet few weeks on the home front. Namely because the kids are gone, off at various sleepaway camps and other assorted fun.

I haven’t had that much time to enjoy it, though. Spent all last week in software training classes for work (class ran from 8:30 to 6 PM every day…and topped off with a 90 minute commute in both directions, except for the day when a tractor trailer took out 3 lanes of 66 and added an additional 40 minutes to that. And the day I got pulled over. *cough*)

So quite honestly, most of my time last week was either in class, driving to/from class or passing out with my brains leaking out of my ears in the early evening. (Not knocking the class though – it was definitely worth it.) I got some bits of writing done here or there when I could, but I was fairly mentally fatigued so I didn’t stress myself out about it too much.

The weekend though? Yeah – that was good. Went out to eat several times, slept in, stayed up until 3 am watching movies with the DH, just because we could. (Also? Cleaning. And writing. Hours of it.)

It’s hard to give myself that sort of mental freedom in general, though. Doing the mom thing means there’s always some part of me that is awake and listening at night – when you have babies, it’s just something that happens.

It gets better as they get older, but I find that if I’m home alone with them, I definitely tend to sleep worse, simply because I can’t shut down that ear. So when I actually have nothing to listen for? It it’s a bit of a shock to the system – all of a sudden I’m not responsible for anyone but myself.

That comes with a dollop of guilt, but it’s also really nice. I’ve been trying to take advantage of it the last few days in particular (my word count is finally going back up to normal levels!), but my reprieve is coming to an end. I’m just hoping I’ll be able to remain in this relaxed state when they are home again – I really needed the break.