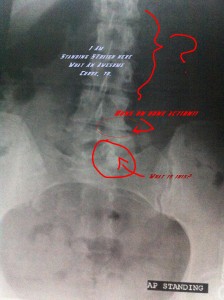 Yes, I’ve been humming that to the tune of Unbreak My Heart. It’s about the only thing I *can* do at the moment, short of becoming a hot mess of unhappiness.

Weekly rant about the back upcoming, so duck and cover time.

Anyway, went to Doc #2 yesterday to get a second opinion. It’s so tiring to have to explain the entire situation again and again, and hoping that 1) I don’t forget anything 2) The doc takes me seriously enough. I get that a lot because of the hypermobility issue. Just because I can still nearly flatpalm the floor doesn’t mean things don’t hurt. It just doesn’t hurt when I do that.

Anyway. Had to talk to the surgeon in training first. He was nice enough, though he was pretty good looking and he knew it. His smug grin seemed to indicate I was expected to swoon at his feet. I’m going to call him Guy Smiley.  (I was immune to his charms thanks to my Painkiller BS-O-Meter powers. I was pretty high, and therefore didn’t have time for that stuff.) I laid it all out for him. I guess he was supposed to come up with a diagnosis as part of his training. (I suspect he was going to say something 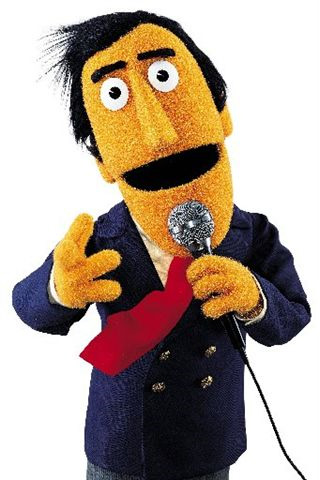 like: “Try a facet injection!” If he had, I would have punched him.)

Anyway. They had me put on these super sexy disposable shorts and get some x-rays, after which the actual surgeon came in and looked at those and my discogram CT and MRIs. And here’s the thing. Most docs look at the images first and *then* come talk to you.

But not this guy. He just came in, gestured at Guy Smiley to look over his shoulder and just went off. Most of it was doctor-speak, which I can’t really translate. But an awful lot of it went like this:

“Look here. And here. And here. See this? There’s a fracture here. And see where the bone is rubbing up against this part over here? What the fuck were these people thinking? You’d probably suggest she do what as a course of action?”

(Yeah. He was swearing a blue streak. It was sorta surreal?)

It went on like that for a while. (He actually told me to take the CD back to the hospital to have the docs there look at it again, because they’d clearly had their heads up their asses when they did the report. “Sure they focused on the disc tear, but what about this massively fucked up facet?”)

But the long and short of it is, he wants to do a fusion also…but in a different place than Doc #1 wants to do it. I have a fracture, the vertebrae from my first surgery are just sitting on each other now (Bone-grinding action, yo!) and I have a host of really funky birth defects in that area that aren’t making things any easier.

Him: “And no one has told you this before?”

Me: “Mmm. I think I knew about some of it, but no one suggested they were the issue.”

I asked him about the massive tear in L3-L4. He was all “Congratulations. You have a tear. Lots of people do. You’re problem is down here.”

Anyway. He wants me to go get a third opinion from this other surgeon, which I’m going to do, but of course I can’t get in until the end of May.

Doc 2 doesn’t consider me an emergency case, and I was under the impression that if I thought I could just manage and NOT get surgery, he’d be all for that.  I don’t know. While it’s certainly refreshing to have a doc NOT bullshit me for once, I kinda felt like crying anyway. One more list of potential things wrong. One more potential fix that might not actually fix me.

Mmm. So, there you have it.

I really wish I could drink.

This entry was posted in blog and tagged back pain, kill me, my stupid back, please, ranty mcrantypants. Bookmark the permalink.

4 Responses to Unbreak My Spine