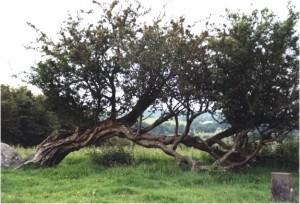 One of the things that bothers me most about the way I blog is that I never really get too in depth on a lot of subjects that push my buttons. Maybe that’s just because I don’t want to deal with the internal stress. (Which is a fancy way of saying I tend to get worked up mentally and then I’m useless for several hours – which is time I can’t really afford to give up right now.)

And lately? I’ve gotten angry about a lot. Much of it has to do with the GOP basically crapping all over women’s rights (and which, as bad as that is, doesn’t really hold a candle to what women in other parts of the world have to deal with. Birth control issues aside, I’m not going to get stoned to death because I was raped, either. Not that it makes the other stuff any better, but perspective does change the outlook a bit.)

But I tend to shy away from political/religious issues, mostly because I don’t always feel as though I’ve got the debate chops to really do those subjects justice. (And sometimes I feel that way in general – I may get worked up about certain things and touch on them – like the women in games issue or in comic books, but there are so many other people out there who can say it so much better than I do.)

Anyway, today I was thinking an awful lot on Ashley Judd’s extremely well written essay on appearance and women in the media and how a woman’s value is still so wrapped up in her looks. And there isn’t anything I can really add to what she has to say, except that so much of this seems to be self-perpetuating, both in the media and in society in general. (One feeding the other, so to speak. It’s really rather monstrous.)

And sure, you can make the argument, that hey – it’s Hollywood and she is selling herself, etc…but no one can deny we hold women up to a much different standard than men – and often for no other reason than because we always have.

I was on Twitter today and observing the #shitnobodysaystomen hashtag, for example. And yes, I’ve heard quite a few of those aimed at myself, as ridiculous as they are.  These three in particular struck a chord:

I admit I felt a moment of despair when I read them. Even when we’re not selling our appearance…we’re selling our appearance. (And as a fellow author, those three hit pretty hard, especially given that I KNOW some of the bigger name Sci-Fi male writers sometimes show up to events looking pretty under-dressed.  (Of course, then they’re considered eccentric artists or some such.)

There’s more I want to say here, but I will save it for another post, and hopefully one with a bit more focus. After all, I’ve got revisions to work on. 🙂

This entry was posted in blog and tagged rambling, ranty mcrantypants, women in writing. Bookmark the permalink.

2 Responses to Finding the Right Words