The Stupid. It Burns. 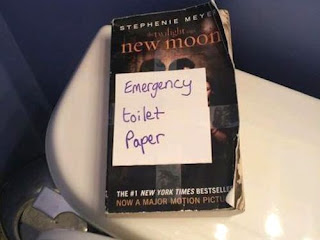 I don’t even know if this post is going to have much of point, so I think I’m just going to ramble on the things that have hit me up this week.

First off is the article over at the Times about how adults shouldn’t read YA books. Because they don’t challenge us enough. It embarrasses the author of the piece to think that “grown-ups” would dare to lower themselves to kiddie stuff.

I can’t really find it in myself to get worked up about it anymore because the arguments are worthless. Are we really going to start slut-shaming ourselves into reading what is considered proper? Intelligent? Worth-while? Who decides this sort of thing, anyway? After all – today’s literary boobies were yesterday’s ankles. Let me figure out what sort of stories seduce my mind the best and let the rest of it take care of itself.

Given the literacy rate in the US and how little so many people read anyway, maybe we should stop pointing fingers at each other and appreciate the fact that hey – you read! I read too! Let’s talk about sparkly vampires and pretentious coffee shop stories about old white men trying to find themselves during the 1950’s and the transcendentalist movement of post-modern feminist theory as told by pregnant giraffes.

Which is my way of saying, I don’t care what you read.

Which is how it should be.

Anyway. I seem to have gotten rather pissy this week about Assassin’s Creed. The latest installment takes place during the Revolutionary War. And you know, they have plenty of female characters in the other games, but none as a “playable” character. Fair enough, I suppose.

But it does really burn me up when I read stuff like this:

When Kotaku asked Hutchinson about the possibility of a playable female lead in an Assassin’s Creed game, the developer revealed Ubisoft has given the matter some thought.
“It’s always up in the air. I think lots of people want it,” he said.
Unfortunately, Assassin’s Creed III won’t be the one to make it happen.
“In this period it’s been a bit of a pain. The history of the American Revolution is the history of men,” he said.
“There are a few people, like John Adams’ wife. They tried very hard in the TV series to not make it look like a bunch of dudes, but it really is a bunch of dudes.”
“It felt like, if you had all these men in every scene and [a female assassin is] secretly, stealthily in crowds of dudes, it starts to feel kind of wrong. People would stop believing it,” Hutchison said.

And while I can fully admit that there might be challenges involved with portraying a woman assassin in the RW, I don’t remotely think it’s impossible. The statement above just reads rather dismissively of women’s lives during this time. Hell, if you ask me, a woman assassin would be brilliant. (No, don’t mind me. I’m just the washer-woman, carrying these bloody uniforms through the camp. You know. To clean them. After I stick this knife in your gut.”) I mean, honestly, if you’re going to take the idea that women were sort of invisible by men of the time anyway  (or considered too “simple” for such a task) it doesn’t take a huge leap of faith to find that the ultimate sort of cover.

But you know, what it comes down to is the fact that game developers are also story-tellers. Games are stories the players embark on via a visual level. I find the attitude above a rather large fail on the part of the story-tellers. Lazy, anyway.

“But the dude-bro generals wouldn’t listen to you if you were a woman! How can you plan a war?” Probably not directly, no. But given that limitation and the fact that you’re probably hanging out with George Washington? If it were me, I’d cozy up to Martha. (Don’t mind me. I’m just making a flag. Yeah. Oh, and  also? I’m going to kill your wife if you don’t listen to me. Right. now.) Tongue-in-cheek? Maybe. But I guess if you’re going going to say that women weren’t around during the RW, you might want to Google it first. (Deborah Samson, btw? Dressed as a boy. Fought in the war. Was wounded. When she was discovered, her male persona was sent to DELIVER A LETTER TO GEORGE WASHINGTON. OMFG. THERE YOU GO, BAD-ASS FIGHTER DUDE-BROS. It’s called a disguise. *rubs chin*)

And please don’t give me the line of games needing to stay completely accurate to history. I would agree – but let’s take a look at this trailer, real quick, shall we?

Mmm. Because assassins who wear white and red cloak type outfits and parkour through the trees are just SO historically accurate. Also, in previous games, he could stealth his way out of being caught by merely sitting down on a bench.

So really, just admit the game is for dude-bros and leave it at that. Otherwise it comes off as pandering.

3 Responses to The Stupid. It Burns.