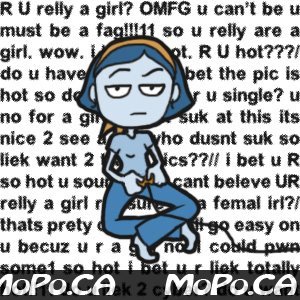 I’m actually going to throw in a bit of a trigger warning on this post- there’s definitely some less than pleasant topics here.

Anyway, as most of you know I’m a fairly avid gamer – but I tend to stick with RPGS for the most part, simply because I enjoy them. I like seeing my choices influence game events, I like getting to develop relationships with NPCs…and I like the ability to play a woman character that isn’t simply there to cater to the male gaze. Some games are more successful at this than others, but it’s an ever changing medium and things are slowly changing for the better.

But the last few weeks have been a step backward for a few reasons. The thing is, like a lot of other male-dominated media (comic books, for example) – women tend to either be merely eye candy, or shoved into a refrigerator or completely valued only for their looks.  Not always…but it’s the “norm” for an industry that caters to mostly straight, white men.

Take Grand Theft Auto, for example – you’ve got prostitutes you can visit and have sex with…and then you can murder them to get your money back.  While you MIGHT be able argue the necessity of prostitutes in a games about stealing cars, is it really necessary to give us the option to reduce these women into something less than human simply to take back your money? And being told they aren’t real people isn’t an argument, sorry – it still glamorizes and dehumanizes women into nothing more than objects that are there simply to fuck or kill. Or both.

Though if you’re going to run with that, explain to me why fanbois get all wigged out when there’s a gay love interest option in some RPGs? Real is real or not, right? Don’t get all angry at getting hit on by an unreal character in one breath and then tell me it’s super fun to kill prostitutes in another because it’s not real and I’m overreacting.

Anyway, I’m going to throw up three new video game trailers here and just mull them over a bit.  (Though I’ll tag on some links to some articles who argue the points much better than I can.)

The first is the new Hitman trailer:

Okay – sexy nun assassins getting killed by the Hitman. Which is misleading in the extreme, since the Hitman games don’t have this sort of game play, at all. There’s no context in this trailer, so just going with what we see, we’ve got women dressed as nuns pulling off their clothes to reveal skimpy latex outfits as they move to attack the Hitman.

As a gamer, I totally understand that assassins are probably going to kill or be killed at some point within the game…but what is the purpose at the state of undress, except to titillate a male audience? And there’s enough slo-mo crotch shots and boob jiggle that make it perfectly clear that’s what it’s for.

Wouldn’t professional assassins dress in something a bit more…professional? If you’re going to end up rolling around on the ground, the road rash on your thighs would be brutal.

What bothers me is when people argue that if this scene were reversed – i.e. a women beating the shit out of all these men, women would be cheering. Perhaps. But only if the men were dressed in latex thongs and the camera panned nice and slow over the dick bulges and ass curves.

Some more information about Hitman and the perpetuation of rape culture in video games here.

Next up is the new Lara Croft game trailer.  I’ll admit I never played any of the Tomb Raider games – yes, Lara was cool and collected and a bad-ass…but she was also two-dimensional and not more more than a giant pair of tits carrying guns.

Sort of par for the course – the rare game with a female protag…and she’s mostly eye candy.

Anyway, in an effort to give Lara some back story and show how she becomes the bad-ass she is today, the new game will focus on the events that helped shape her.  Which is actually pretty interesting, but given the trailer has been compared to “torture-porn”  I have to admit I’m a little unsure about it.

It’s a  brutal trailer and it does include a sexual assault, so fair warning there:

The biggest thing I’ve seen about this trailer (and again, it’s hard to tell what a game is going to play like simply based on cut-scenes) is that it illuminates much of what is wrong with violence in video-game culture. Namely that a male character in most games is still a hero, no matter what he goes through or doesn’t…but in order for a woman to be made into a hero, she must be completely broken down.

From this article at Penny Arcade:

Ron Rosenberg, the game’s producer, also stated that they planned the content they’ve shown very carefully, and there was an “intentionality” to the way her suffering is shown. “We did a lot of research into survival and people who survived extreme situations. One of the recurring themes was that people who survived had this mantra of just keep moving,” he explained. “You see that in the beginning of the game, where we begin to build her up and give her confidence to cross the ledge, cross the plane, she forages for food and she’s feeling really successful. Then towards the end we start to really hit her, and to break her down. Her best friend is kidnapped, she’s taken hostage, she’s almost raped, we put her in this position where we turned her into a cornered animal.”

While there’s a part of me that does like a dark back story and is intrigued at finding out more of what happens, I still question the sheer amount of violence that is played out here. It’s a hard trailer to watch simply because Lara is hurt again and again and again.  I can’t really image anyone going through all of that and NOT suffering from severe PTSD afterwards. (Or bleed to death – hello, metal rod through gut. Stepping into a bear trap. Falling from a cliff. Huh?)

And the sexual assault…eh. I get that it’s realistic – a woman alone on an island with terrible men is likely going to face that risk, but I do really get tired of the “rape survivor/sexual assault victim == Strong Female Character” trope.  If it needs to be there to tell the story, fine, but if it doesn’t? It cheapens the effects of what happens to real women every day.

So let’s try to end this post with something a little more upbeat – namely Assassin’s Creed: Liberation. Now, I definitely had some things to say about the last AC game, particularly about their excuses as to why there was no female protagonist.

But Ubisoft has surprised me nicely with this:

Not only do we have a female main character, but she’s a POC. And she’s wearing clothes that MAKE SENSE FOR AN ASSASSIN TO WEAR. (I’m looking at you, assassin nuns).  The only unfortunate thing is that the game is only for the Vita, so it’s unlikely I’ll get a chance to play it, but it’s a great step in the right direction. (Although it hasn’t stopped the usual amount of bitching by some male gamers at the unfairness of being forced to play a woman, but whatever.)

This entry was posted in blog and tagged assassin's creed, hitman, tomb raider, women as objects, women in gaming. Bookmark the permalink.