Spiderman Diarrhea and Other Things I Wish I Hadn’t Heard…

I took today off from work, simply because I needed a bit of a mental health day. I’ve got a very full plate these days, and part of that was compounded by the fact that I had to watch my younger cousin all weekend. (And Lucy was up half the night last night, and a crazy ass windstorm kept us up for the other half. Lots of waking up and wondering if the remainder of our gazebo had just blown off the deck.)

Babysitting should have been fine because both my kids adore her, but with an odd-number of children and varying ages (3, 6 and 11) there was a lot of 3rd wheel action going on. As a result I didn’t get nearly as much done as I would have liked – lots of interruptions every five minutes about how who wouldn’t play with who, wailing about why so-and-so insisted on blowing up Lego Batman on the XBox over and over again and why watching Spongebob was better than Fanboy & Chum Chum. *eyeroll* 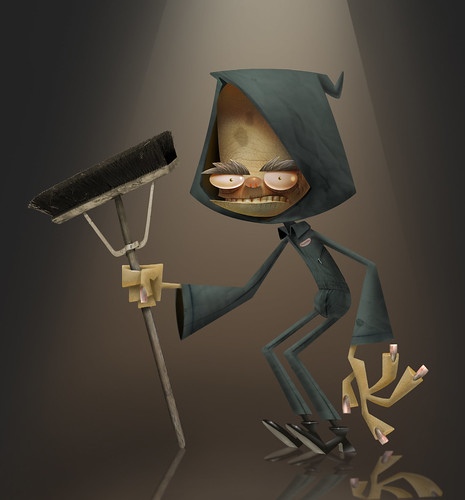 (Gotta give props to Janitor Poopatine tho. Clever, that.)

However, when the three of them did manage to make it work, it worked beautifully. Although eavesdropping on Lucy’s conversations seemed to involve a lot of dolls, stuffed animals, and something called a hairy buttface. (HUH??) And pulling off her clothes to dance naked as much as possible. (And seriously, *what* is with that? Is it a girl thing? I don’t remember Connor ever being so willing to run around in his birthday suit.)

In either case, Sunday evening culminated in a rather vigorous watching of Spiderman 3, resulting in all three of them running up and down the stairs shouting “Spiderman Diarrhea!”

This entry was posted in Connor, Lucy, random. Bookmark the permalink.