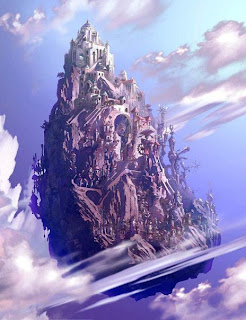 So, part of what is going on with the book thing is that my agent is trying to sell me as a two-book deal. (And it’s probably going to go that way, if everything lines up the way it should). And this is a Good Thing. After all, I had already started writing the sequel a few months ago, and once it becomes official, I’ll start focusing most of my writing time on finishing it. (And I would have had more of it done already, but being that I wasn’t sure if Book 1 would sell, I wanted to work on a different project as well. You know. Just in case I sucked.)

However, things won’t be stopping here, as during the last conversation with my agent she asked what else I was working on. (The theory here is that she’d like me to be writing two series at the same time, if I can.) And that kind of stopped me. Because yes, I do have a secondary project being written, but it’s more of a standalone than anything else. And I told her about that and about the YA SteamPunk thing I’ve started fleshing out, which I think she liked the sound of better. Problem is that some of the concept has already been done (remember when I blogged about no original ideas? Well I’m a bit caught up in it too. Apparently floating mechanical cities are a bit more common that I thought.)

Which I’m doing this weekend, actually. Although I really am a panster when it comes to details, I’m discovering that even writing out a short synopsis is very helpful for me as far as seeing the “big picture” goes.

Think these two will be involved some how tho…

11 Responses to Slumming for Ideas