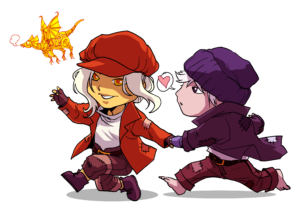 It’s my birthday next week, but I figured I’d celebrate by doing a giveaway of my own here. Basically, two winners – your choice of a signed copy of either Magpie’s Song or Magpie’s Fall, whichever you like. Open worldwide.

Contest will end next Wednesday (my bday, yo) and I’ll do the drawing on Thursday. Prizes mailed out shortly after that. 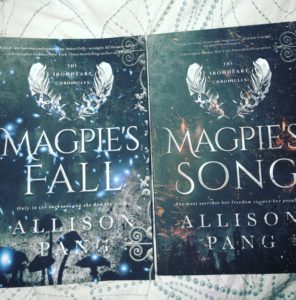 So how do you enter?

Easy way is in the comments below – I had a pretty crazy summer – so tell me something good that happened and share the love.  The rest of the options – the tweets and the FB page stuff are just extras to earn you extra chances. Also the newsletter – I don’t send out a lot of stuff on it, but it’s worth an extra chance or so.

A few other things – I had a Zazzle store a while back that used to sell Phin merchandise, and 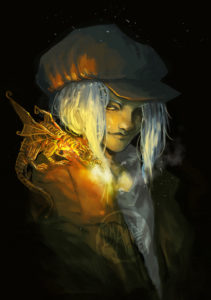 it’s still up there, but I’ve added a few new things – mostly mugs and whatnot, although I did add a lovely canvas piece by Aimo of Magpie. (And there’s almost too much stuff to put art on in there, so if you like a design and you’re just dying to have it on a different mug or something, just let me know and I’ll throw that up there.)

Also, also  – I’m investigating what it would take to turn Magpie’s Song and Magpie’s Fall into audio books. To be perfectly frank, it is NOT cheap – probably about $2500 a book, so I’m not entirely sure it would be worth it, but I do feel like it’s a market worth tapping into, assuming I can find the right narrator, but I’m weighing my options, such as they are.

So, yeah – take a chance and maybe win a signed book. 🙂