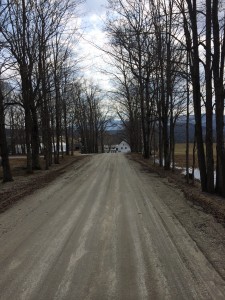 So I’ve been offline for a week or so, hanging out with family and friends in Vermont. It was nice to get away and unplug, get back to nature and eat some fabulous and copious amounts of food.

However, the first part of the week was spent at a writer’s retreat with Danielle Poiesz. Now, I fully admit I’ve never actually been to a retreat – invited to them, sure. The timing just had never worked out, so when Danielle asked me to tag along as a guest, I jumped at the chance, especially because I was able to combine it with a spring break trip for the kids.

Now, as far as retreats go, I suppose it started out okay. It was hosted at a rustic/historical farm house up in the mountains. There was wi-fi and cable and a fire in the fireplace every night and several chefs drifting in and out to make us 4 course gourmet meals – so in that respect, it was pretty awesome. Danielle and I found various corners of the house to sit in and work, interspersed with walks and whatnot and we actually managed to get a fair amount of work done.

(Though to be honest, I don’t think it was the retreat that allowed us to be productive so much as a change of venue, coupled without the distractions of the day job and family. And not having to worry about food. Amazing how the day flies by when you are absorbed in writing and actually guilt-free 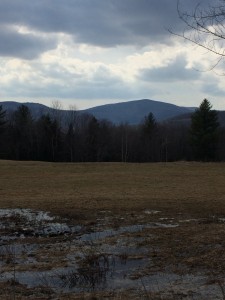 about spending the time doing it.)

There was some oddness, however. For one, we were the only two writers there that week. There should have been others, but they ended up cancelling. In hindsight, that didn’t bother us too much – less distraction, anyway.

But the way the retreat was structured, the days were for writing and then the evenings were supposed to be for the writers to group together and hash out issues, or take the owners up on their various editing services. Said owners would join us for dinner each night and ask us how the writing went and did we want to share any of it for them to go over?

Now, we had already told them we weren’t particularly interested in any programming, especially since it was just the two of us. Had they had specific topics about publishing that might have been a different matter, but seeing as I was with Danielle, who was my editor at Pocket Books for my first book, plus knows me and my writing, I wasn’t particularly inclined to let a couple of strangers look anything over.

For one thing, they were literary types and I could tell how the conversations went that they had NO idea about the sorts of things I write. Comments about NYCC were met with blank stares, etc. For another, based on some of the discussions at that table, it was pretty clear they didn’t know as much about publishing trends as Danielle and I did. 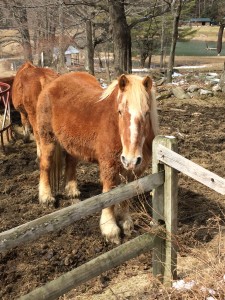 I should point out that I couldn’t remember their names very well, but one of them sounded like Donald Sutherland, so that’s what I called him in my head. The other looked a bit like Bucho from Desperado, so there you go. Dinner every night with Sutherland and Bucho.

In the meanwhile, although some of the conversation was specific to books and the like, a lot of it tended be oddly probing and personal. Sutherland couldn’t remember what my day job was, asking me three days in a row what it was that I did.

They wanted to know if I carried the mortgage, if the DH was supportive of my writing, how I managed my finances. (To be somewhat relevant, Sutherland had apparently been married several times, so perhaps he was looking for advice. I have no idea. Just WEIRD.) 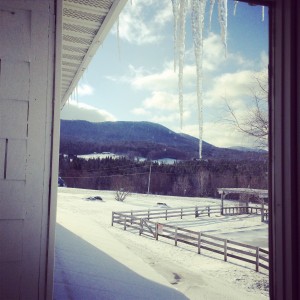 they groom up their most promising attendees to pitch to invited agents/editors. The winner gets a contract for a fairly substantial amount of money. Which sounds cool, but I’m not particularly interested in that sort of thing. I’ve done the contest circuit when I first started out and I’m not inclined to do it again. Plus, the numbers they were throwing out were the sort of advance a literary writer gets – and I’ve seen plenty of examples of literary writers getting mega advances and then having their books go nowhere, so no thanks.

But the thing that got me most was the last evening where they were discussing one of their most promising writers. An elderly woman, who ran her own business. (Her book comes out in the fall, I guess.) But she quit her job so she could become a “real author.” And I sort of shook my head (though this was before I knew she had disposable income at hand – after all, how many horror stories have we heard about the newbie author who gets their first ebook contract and then immediately quits their day job, expecting the cash to just come rolling in? Yes, it does happen, but not always and dumping guaranteed income before you’ve seen how things are going to shake out is a fool’s game.)

And Sutherland looked at me and said “You know, it’s time for you to become a real author too.”

I realize he probably thought he was paying me a compliment. That somehow, even though they’d never seen any of my writing, I clearly had paid my dues or something.

Would I like to be able to live off my writing income and write full time? Sure. But just because I can’t doesn’t make me less of an author than anyone else. I have a full time balancing act between health issues, family and a day job and somehow I’ve managed well enough. Maybe not as fast as I’d like, but that’s okay.

Still. I’d like to think other writing retreats are a bit more friendly and less invasive. Danielle and I both agreed we could have gotten just as much done at a B&B, and without the hassle of being verbally poked at like some sort of zoo animal. (There were a few times I had to get in Sutherland’s face when he continued to pry for some information that clearly made Danielle and I 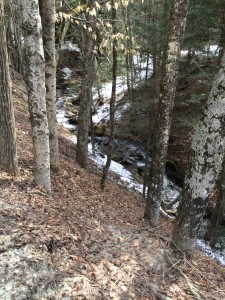 very uncomfortable to talk about. I don’t know if he was just that socially clueless or what, but dude. Cork it.)

At any rate, we won’t be going back to said retreat, though they tried to sell us on the “pay now and get xyz off if you come back in the next x months.” Yeah…no.

The rest of the week was lovely, except for the snow that showed up Tuesday night, but eh. New England. I finished my synopsis and sent it off and started a new project, and I got to spend several days with a friend, so that made it worthwhile. 🙂

9 Responses to A Real Author?