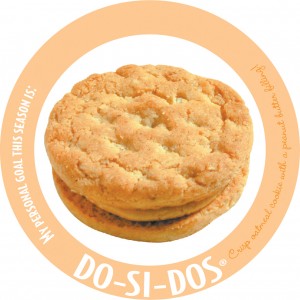 Sometimes writing is a lot like square dancing. Move a little here. A little there. Next thing you know you’ve come full circle and maybe you’re back where you started.

This past weekend I got hung up on a scene. It’s one of those times where it’s a bummer being a panster. It caught me a little off guard because usually when I get stuck I tend to just jot down a quick note of what I need to change when I come back for edits and keep plugging away as though I’ve already made that change.

But this time around that wasn’t working. The overall concept of the scene was okay, but eventually I realized it needed to be reversed.  Part of that is because I’d written myself into a corner, but also the balance of the action was skewed. Tension is a requirement for most plots – but there has to be a natural ebb and flow to it. (It can become somewhat exhausting for the reader if there are *no* breaks – let alone the characters!)

In this case, I had an idea of where I wanted to go with it, but the execution wasn’t quite right. Once I mentally shuffled a few scenes around, it began to make a lot more sense. Also, apparently some romantic elements decided they were no longer going to be ignored, thank you very much. Despite my attempts at avoidance, the characters figured my opinion didn’t matter and brought on the smoochies. But actually, I think getting it down cemented some things I’d been thinking about. It’s certainly raised the stakes nicely, which is also very important. (Although a real romance probably won’t happen until the second book, but foundation? Sure.)

So I chopped out 10k words (about 30 pages or so) and started reworking. Thus far I’ve added about 5k back and I suspect I’ll be able to drop in another 2k the way it is, but the rest of it is probably going to linger in a scraps doc.

(I save everything, even if I don’t use it. You never know when it might jog a different idea or fit into some other piece.)

Also? Somehow this story has started becoming a bit of a zombie novel. I don’t want it to be one, but I can’t deny the elements are there. I just have to twist it around some more because frankly, I think zombies are overdone. But we’ll see how it goes.  (I get to use my biology background though, so score! Mmm. Phages.)

On a self-plug note – I’ve got a podcast interviewup over Reading & Writing Podcasts. (No idea what I sound like, ’cause I just can’t listen to my own voice without cringing, but hopefully it’s good.)