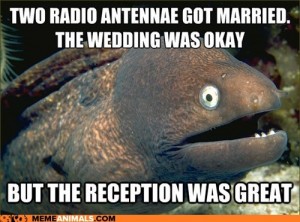 Cautionary tale today on the blog involving the new laptop and a heating pad. So, as noted a few weeks ago, I ended up with Magpie, my pink Sony Vaio.

And it’s been great so far. I get to work in the evenings in the family room with everyone else. If the TV is sometimes a tad distracting, it’s still worth it to me to have the option of being there. (And on the laptop, the temptation to fire up a video game is much less, simply because my brain seems to go into more of a “work” mode on it.)

But anyway, it’s been fine until earlier this week when I started noticing an odd tingling sensation in my palms and on my fingers if I touched/rubbed the space beside the trackpad. (Which, if I’m typing, is where my wrists are resting.)

It didn’t hurt exactly, but it wasn’t a good feeling either. It did it for the next few nights as well, and steadily got worse until I finally figured out it was an electrical current passing through the laptop and into me. Which isn’t good. The last night in particular my hands were actually tingling painfully for an hour or so after I went to bed.

So I looked it up and found all sorts of cases of electrical leaks in laptops, though most mentioned it was most likely an issue with the AC adapter. Sure enough, when I unplugged the adapter, no more current.

I was going to ask Sony to send me a new adapter in case something was faulty – as far as I could tell it was grounded properly in one of those power strips – but then I realized something.

I’d broken out the heating pad this week because of all the back issues I was having. It was plugged into the same power strip – and as soon as I turned it off/unplugged it, the current stopped. This particular heating pad has always been a bit tweaky – if I have it on at work and try to make a phone call it makes a terrible buzzing noise through the phone.

Best I can figure is that with both of them plugged into the same strip and me sitting in between them, my body was essentially completing a circuit. And while it was registering mostly as discomfort in my hands, I’m guessing the long term effects of that probably aren’t too good.

One Response to Electrifying