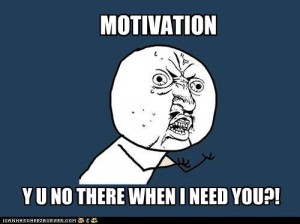 I’ve always said I’m a 1000 word a day writer. (At least on work days.) At the very least, that’s what I strive for as a bare minimum.

And to be honest, after a full day of work and  the kids stuff, sometimes it’s been a struggle to get that done – recently in particular. Without a deadline, I’ve got to kick myself in the pants more often and sometimes it becomes a little too easy to just “skip it tonight. Make it up tomorrow.”

Which, of course – rarely happens. I may get my 1000 words in the next night, but I’m probably not getting more than that.  And it’s sometimes a slog. I’ll start writing around 10 PM and then before I know it it’s midnight or 1 am, and I’ve only got 500 words.  I’m probably my own worst enemy though – too many willing distractions online often slow me down.

When I’m on deadline, I take steps to make sure I keep focus on my work, but I’m less inclined to do that when I’m not.

But last week I started doing two 30 minute dirty drafting sessions with a friend – and surprise! I started averaging between 1200 and 1500 words for the hour.  Which is insane fast for me.

I’m not sure what the difference is. I’ve sometimes participated in twitter writing sessions with varying degrees of success, but maybe being held accountable to someone specific is the thing. Not that I’m planning on questioning it, mind. I’m rather pleasantly surprised (and rather eager to see what I could pull off on a weekend doing the same sort of thing.)

Fox & Willow note – the usual Monday update has been pushed back to Tuesday. Aimo’s under a really obnoxious deadline and paid work always has to come first.

This entry was posted in blog and tagged fox and willow, writing life, writing methods. Bookmark the permalink.