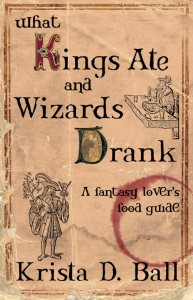 It’s been a while since I talked about writing resources, but while attempting to some some basic research for this latest project, I stumbled across a couple of rather marvelous books that I think could be very helpful  – particularly if you write historical or fantasy. The first is What Kings Ate and Wizards Drank – which I actually ran across at WFC this year and meant to pick up in the dealer’s room, but by the time I had my money with me, the room was closed and then I forgot.

Which made it that much better when I found it again this week. And even though I’m not writing a historical, holy cow! The amount of fabulous information in here dealing with food and food prep “back in the day” is enough to make your head swim. I’m actually rather surprised mankind even made it this far. 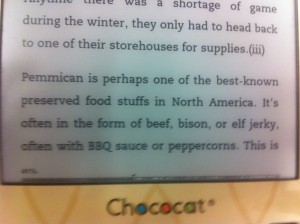 Though I have to laugh at the typo I found last night, which indicated that Pemmican is “often in the form of beef, bison or elf jerky…”

I’m pretty sure that was supposed to be “elk jerky” but still.

Anyway – it’s a fun read and I highly recommend it. 🙂 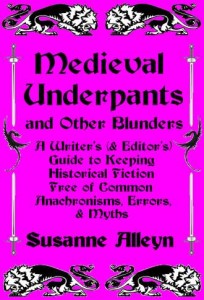 I also picked up Medieval Underpants and Other Blunders: A Writer’s (and Editor’s) Guide to Keeping Historical Fiction Free of Common Anachronisms, Errors, and Myths – I haven’t  had time to crack this one yet, but it’s next.

Admittedly, I’m not writing medieval either, but it *is* more of a fantasy, so while I have a fair amount of flexibility in some of the details, I still need to be consistent. I can already tell I’m gonna have to rethink some of my food assumptions, for sure.

Forgot to post about my Word Whores blog yesterday – I dragged out the Shadowscapes Tarot cards and threw down what my predictions are (such as they are. I’m not particularly good at reading for myself, but the cards are very pretty and that’s always nice.)

Also, new Fox & Willow up the last few days – we’re hoping to actually set up a Redbubble store sometime this month with some products – phone covers and the like. Just for fun. 🙂 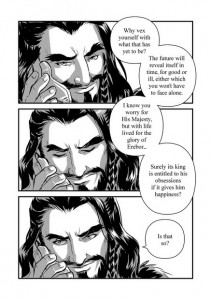 of The Hobbit fame (sort of a prequel based on some things Richard Armitage mentioned in an interview) and it’s just outstanding. Yours Truly *did* get to help brainstorm the ending via iChat one evening, so perhaps I’m a tad partial, but definitely go check it out and get your smoldering dwarf-king angst on. 😉

Also stay tuned for something silly and yet awesome that will probably be put up sometime this weekend.  (I’ll post about it if it happens tomorrow! 🙂 )

This entry was posted in blog and tagged aimo, fancomic, fox and willow, word-whores, writing resources. Bookmark the permalink.