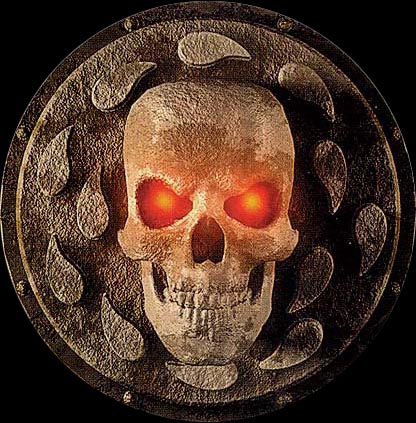 Ironic that I’m posting about games today, what with my decision to close down my gaming forum. (And yeah, I’m already flip-flopping about that – the good bye thread is killing me as I watch people try to find another place to go. Le sigh. I can feel my resolve crumbling as I type this. Maybe I’ll just overhaul it?)

Anyway, the Extended Edition of Baldur’s Gate was supposed to be released tomorrow. It’s not now – the date has been pushed back until November. I’m a tad disappointed, but I also understand – and I’d rather have BeamDog take the extra time to do things right then try to make up for lost ground later.  After all, there’s a lot riding on it and you only get one chance to make a first impression. (And the expectations that I’m seeing on their forums are HIGH. Lots of history to try to embrace here.)

Although really, for EE, this is a bit of a second chance. Sure, it’s got some new content, but the whole point of the EE was to re-release the game for today’s systems. Slightly updated graphics, if nothing else – and also to other systems, like the Android and iPad.

Funny to me that in today’s gaming world of bells and whistles the “old school” gamers still crave their favorite of yesterday. BG and BGII have been considered the “gold standard” of CRPGs for a very long time – and while the graphics aren’t anything particularly fancy, the story is very deep and rich. Role-playing at its finest. There were other games in that same vein for a while – Never Winter Nights, of course. Icewind Dale. Planescape: Torment to name a few.

Many of these games had the same writers and developers on board, though in different capacities. Between Wizards of the Coast, Bioware, Black Isle Studios, Obsidian and others, there’s a bit of an incestuous thing going on, but as a formula it seemed to work.

And then those games dried up. Maybe it was the console thing. Maybe it was that the bigger studio heads insisted that these types of RPGS were a niche-market that weren’t profitable. Maybe they were too complicated for the casual gamer. (Well – that’s probably true for people who are used to button mashing. Old school gaming meant you usually had to think about tactics – spells, traits, items – everything and anything could make a major difference in getting through a particular quest. These days? Eh, there’s a bit of a spoon-fed element going on.) MMOs became super popular at this point as well, so that probably also accounted for some of the decline.

There have been some attempts to meld the story-telling with the newer technology –  Bioware’s Dragon Age, for example (marketed at BG’s “spirtual successor” – though there’s a *lot* of debate on that.)

But I don’t know if any of those newer games ever really did capture the same magic as BG did. Part of that may be because many of us are probably looking through some pretty thick rose-tinted glasses. Different times, different memories.  But I also think that as technology improve and  as gaming companies were forced to cater to additional platforms (e.g. consoles) that we did lose something along the way.

Old school gamers will say the story is the biggest issue – or the lack of. The stories in the newer games aren’t deep enough. Romances happen too fast. Choices don’t really seem to influence game events. (And I’m not even going to get into issues like PoC or gay romance – whole ‘nother can of worms, that.)

Part of the issue is time – if you’re stuck writing code to port a game to a console when it wasn’t initially written to be there? Yeah, you lose development time. But also, “back in the day,” people had the patience to play a game for 50 to 60 hours to complete it. Graphics were less intense. There wasn’t the insistence upon voice acting and 3d cut-scenes. In short? There was *time* to create a depth of story that just isn’t as possible today. But even so,there’s so much competition for attention these days that I’m not sure even hard core gamers have that kind of time.

Anyway – none of this is new information – but just thought I’d throw it out there for background, because interestingly enough Obsidian recently started a kickstarter for a new CRPG game known as Project Eternity. Unable to get any funding from studio heads, the developers went ahead and asked the masses, raising 1.1 million dollars in about 24 hours. And the kickstarter will be open for the rest of the month.

So what does this mean? Clearly there *is* still a market for these sorts of games. (Yes, I know a $1.1 million is a drop in the bucket compared to what the “big” games take to make – but still.  Hell, I contributed as well because I’d love another old school game to become immersed in.)

But I almost can’t allow myself to get super excited about it. Not that I don’t want to -but I feel like there’s this nearly impossible bar that’s been set. Looking at all the expectations brimming over in the forums it’s also very clear to me that the more things have changed, the more they’ve stayed the same. There’s still bitching about tropes and women’s place in gaming, chain mail bikinis, monsters, romances, etc.

So I guess, I’m cautiously optimistic that such a game may be in the works. I just hope the creators can navigate through all the dreck and produce something wonderful.

And hell, Dragon Age III was announced today too, but I can’t even bring myself to go to BSN – the amount of butthurt already going on makes me want to gouge my eyes out.