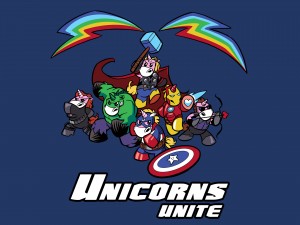 So the buzzword of the day is Entitlement. And no, I’m not getting into the Mitt Romney thing. I don’t discuss politics here – I just don’t have the energy for it.  (This picture is awesome, btw – go check out Sarah Burrini’s website to download the free wallpaper)

But I did want to talk a little bit about what happened in the writer-sphere. A few days ago, an agent was attacked by an alleged disgruntled writer. The investigation is still ongoing so until real details come out, we’ve just got the overall speculation that a rejected writer took it upon himself to stalk the agent in question and attack her in her car. (Lucky for her, her dog bit him and drove him off. Police were able to pick up the suspect based off the address the query letter and sure enough, he had a dog bite on his arm. But it’s still not official, yet.)

So all of this is bad enough – the agent in question was fond of using FourSquare and had been getting threatening emails from this guy for a bit – though my understanding is that agents and editors get threatening emails on a fairly regular basis. Hell, I get my share of whack-a-doo emails sometimes as well, but nothing like those.  My point is – it’s expected behavior.

Many would-be authors/artists do not take rejection well. Which, sure – I don’t know too many people who love to get told their efforts aren’t good enough, but there’s a line between disappointment and bugnuts.

Getting a rejection note – personal or otherwise  – isn’t the end of the world. Do they hurt? Of course. But you file them away and look at your manuscript or your query letter again and try to figure out what needs fixing. And there may be NOTHING that needs fixing. It just may not be this work’s moment to shine in the sun. Sometimes timing is everything.

But here’s the thing. Said agent hasn’t been talking much about the attack for personal reasons, but did mention on her website that she’s actually gotten emails that indicated that maybe she deserved the attack. Because agents are mean and they should expect repercussions if they treat people badly.

This eye-for-an-eye thinking is what turns normal people into assholes, friends. Whether it’s because someone cuts you off in traffic, or there’s a troll sporting an epic rage-boner on a forum about how their rights have been trampled on because someone dared to speak out against women wearing chainmail bikinis in games – or a writer who chose to read more into a rejection letter than was there.

The thing is – most rejection letters are polite. Yes, it’s more than possible that some agents or editors are asshats. If they treat you in a crappy fashion, count it as a blessing – you probably don’t want to work with them anyway. But getting the typical “I’m sorry, but this isn’t for me,” should not be a trigger to violence.

(You know, as opposed to something like: “Dear author, your writing sucks. Your mom sucks. This query letter is so bad I’m wiping my ass with it as I type this. Please go die in a fire.” This also shouldn’t be a trigger to violence. Get angry about it, sure – but physically violent? No.)

One of these things is harsher than the other, yes? But guess what? Rejection doesn’t stop once you get an agent or you get published. If you’re going to go batshit crazy over a simple rejection letter from someone who’s not invested in you…what are you going to do when you start getting reviews that aren’t overly favorable?

See, the thing is – most agents are professionals – and they’ll keep it that way. You think every book reviewer is going to be polite? No. Some will. Some won’t. Some will tell you to go die in a fire.

Writing is an art. Publishing is a business. They aren’t mutually exclusive and if you really want to get out there, you have to pull on your big-girl (or boy) panties/briefs/thongs. (Commando? You’re on your own.) Part of that move into professionalism isn’t reacting like a thug because someone tells you NO.   (And yes, I’m side-eyeing some of those Goodreads author groups that have taken it upon themselves to lash out at the reviewers. It’s only going to end in tears, my friends.)

So where does this entitlement come from? Some of it is bound to be ego – that’s just the nature of the artistic beast, I think – but I’m a bit curious as to some of the ages of these “writers behaving badly.” There may not be a correlation at all, but another author and I were discussing this the other day and wondering if this has anything to do with the “everyone’s a winner” thing that many of the younger generations were raised on.

Everyone gets a trophy. Everyone tries their best and should therefore get an A for effort or some such.

But it doesn’t really work like that in the real world, does it?  Sometimes you try your best and it’s not good enough. So you have to work at becoming better. Or look for different opportunities.

Sometimes the dragon slays us.

And sometimes we just have to pull on our big girl panties and try again.

This entry was posted in blog and tagged ego, entitlement, ranty mcrantypants, the fuck?. Bookmark the permalink.