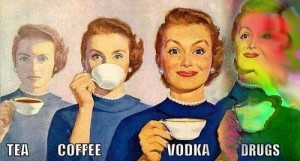 Ever have one of those days where you’re just filled with ideas and yet you already know there’s just not enough time to get to them all? Certainly not within the normal day-to-day constraints of life, anyway. It’s a bit depressing.

That’s me today, though that’s compounded a bit by having stayed up too late to watch Cabin in the Woods (eh – I was really hoping it would be better then it was after all the hype) and also attempting to go off caffeine. Or at least soda. It’s making me extremely cranky. And tired. Tired enough that I bailed from work for 15 minutes to go crash in my car at lunch and I *never* do that.

But that’s okay. It’s more about an ever growing list of “crap that needs to get done” and trying to balance that with “crap I’d like to do.” Subtle difference, but it’s there.

Plus I’m still wavering on keeping the gaming forum around. I don’t have time to figure out how to upgrade it to the latest version (I had so many mods installed at one point and it’s a bit of a mess) – but the idea of dropping $400 to have someone else do it doesn’t really thrill me either, given how much I had to spend last week. (And my back-to back con and travel expenses are going to go through the roof in October.)

And trying to figure out how to advertise my web comic more. Fox & Willow is getting a nice steady roll of hits these days, but I’d like more.  (I need a famous sponsor to plug it. *nods sagely*)

Oh well. Back to the grind.

This entry was posted in blog and tagged random, updates. Bookmark the permalink.