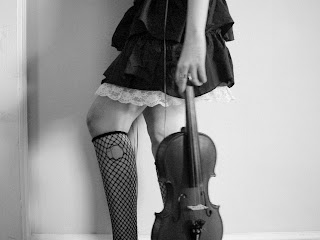 Of course, the problem with having such an awesome and incredible week is that you eventually have to come back down to reality.

My reality is that wearing heels for eight hours on Tuesday has led back into a massive pain cycle. Whee. Thank the gods for lidocaine patches, is all I can say. Nothing like a little numbing action to take the edge off. It’s still not quite right but at least I don’t want to jump out the window anymore.

Ironically, even though it hurt the next few days afterwards, the pain is in a different place than it usually is – so in a sick sort of way it actually felt good, because the normal pain areas were getting a break. If that makes any sense. But by Friday night all bets were off. Today is tolerable and I’ll take that. Can’t get into the doctor’s until March 8th, so hopefully I’ll manage to last that long.

As far as other things go, I apparently still owe people at least three guest posts which I had forgotten about, but I think I can get at least two of those done tomorrow. Maybe one tonight if I am lucky. (Unfortunately I am stuck doing actual work work today. Taking forever since my connection to the databases keeps timing out. Grrrr.)

On the awesome news front, I was asked to take part in a possible anthology. I can’t give too many details on it at the moment, mostly because they’re all up in the air – and there’s no guarantee that it will happen – but if it *does* happen, expect a short story about Melanie and just how she got that magic violin. *Did* she outplay the Devil? It’s quite possible. Honestly, even if the anthology doesn’t happen, my fingers are itching to write this, so one way or the other I’ll get it out there. I’m really excited about it, and even though it takes place before A Brush of Darkness, I suspect we’ll get a look at some familiar faces. 🙂 This entry was posted in blog and tagged anthology, back pain, jewelry, random, updates. Bookmark the permalink.