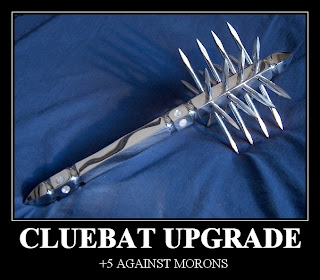 I almost joined a blog hop a few weeks ago. The theory here is that people all sign up on one person’s blog and then post the information on their blog, thereby leading to a what would hopefully be a stream of visitors from everywhere and possibly some new followers.

However, I decided to check the status of some of the people already on the list before jumping in. And most of them were either authors, or those hoping to become published – which is fine. But at least one of those was very bitter.

I’ll admit I’ve heard rumors of such people – but until now, I hadn’t really run across one. Said aspiring author had finally given up on the publishing establishment and had moved into self-publishing.

Which is actually fine – quite a few authors out there have decided that the traditional route is not for them – whether because the book in question isn’t a mainstream topic or whatever. But the tirade against the publishing industry and the authors who are part of it was rather pointed. (Since my job as a published author is to hide the flaws in the publishing world and to feed aspiring authors a bunch of pablum to continue the status quo, apparently.)

Digging a little deeper showed me that this individual has been writing for nearly 30 years, and continually been rejected. Of course, said writer protests that he is not bitter – only that he is “breaking the chains” and “forging new ground” and “representing freedom” for unpubbed authors everywhere. A revolution of writing or some such thing. And I read a few sample chapters and the truth is that the writing is terrible. Terrible grammar, terrible sentence structure, convoluted plot and dialogue. This isn’t a question of the writer not being in the right place at the right time or getting out of the slush pile.This person cannot write.Period. And he had over 10 books done and ready to go.

Now, I have no idea of this person’s history. I don’t know if they ever worked with a crit group or ever got any sort of feedback. All I can tell is that this person was clearly tired of being rejected and decided to take matters into his own hands. And he published his book via PoD. Which is fine. You can find it on Amazon or B&N. In hard cover. For the low, low price of $40.

Offset to his printing costs? No concept of the fact that even best selling authors rarely sell HC for more than $25, not counting bookstore discounts? An ego you could sail to China in?

I have no idea. But I do know that if you’re going to take this sort of chance on getting your work out there, you’d be better off doing it in e-book form to start out with. People are much more likely to try someone new for a few bucks here and there and maybe won’t feel too upset if they think the book sucks afterwards.

So I have to wonder when is enough…enough? Not everyone *is* a good writer. But where do you draw the line? Some people can get by with natural talent – whether that’s writing, or singing, art, music or whatever. Some people may not be great talents from birth – but they can work at it – take classes, hone their craft, practice until they are great. And some people just…aren’t. And will never be.

And there’s nothing wrong with that. But we’ve all seen some of those deluded people on American Idol, who swear up and down that they are great and that the judges are just blind and don’t know what real talent is.And we point and laugh and shake our heads and say we’re glad we’re not them. But really, isn’t getting published very much the same?

Nora Roberts had a brilliant keynote speech at RWA National this year – about the fact that getting published *is* hard. That whining doesn’t get you anywhere. That it really wasn’t easier to get pubbed 20 years ago. And really, if getting pubbed were easy, it would cheapen the experience.

But what if that’s not enough?

This entry was posted in blog and tagged fail, writing. Bookmark the permalink.