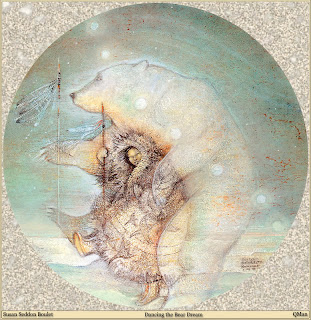 I had plans for today’s post. Today being *the* day as far as such things can be measured.

I’ve actually been working on a render the last few weeks – it’ mostly a private one  – an sort of artistic bleed of my inner turmoil, maybe. And if I get around to finishing, I may end up posting it – but sometimes I’ve found that it sort of cheapens the effect. So we’ll have to see about that.  In either case, my plans were busted when I went to run through another pass of the image that didn’t quite mesh right and *poof*. The Power Supply of my new computer died and tripped the breaker for that side of the house.

Which freaked me out a bit, but eventually I figured out what was going on, reset the breaker and then attempted to start up the computer.

Only it didn’t. So, my plans were dashed. At least until today, when I convinced mr myn to run out to see what he could find. Best we could do was s little less power – 750 w vs 1000 w, but it will be enough to get me back up and running while I wait for Corsair to replace the other unit. In any case, as much of a pita as it was, it was way better than having to call Dell.

In the meantime, I also had to get on the phone to see about getting my airline tickets switched from Nashville to Orlando, since National was washed out due to the severe flooding. Even with the circumstances, United Airlines still pinged me $160 to change the destination, but at least I can write it off.

And then today, I spent several hours at the rheumatologist, getting tested for any number of things. X-rays came out well, so now I just have to wait on the bloodwork. Doctor doesn’t feel I have RA, but says the signs do point to something called Ehler-Danlos, or at least one of its many variations.

This is getting a bit rambley, but my point was that I had originally planned some other sort of post, involving my mother. A picture or a poem or something. But life conspired against me, so I spent some time thinking about it last night. When you have kids, you can sometimes see traces of other people in them, even if you can’t see them in yourself. So Lucy, for example, has my mother’s neck, and her eyes and certain expressions that just make me double-take. Both kids have her lower lip, and Connor has her hairline.

This morning before I left for work, I just stood in front of the mirror for a few moments and took a long look. I don’t really know what I was looking for, exactly, but I think I might have found it.

This entry was posted in metaphoric crap that is supposed to mean something deep but probably doesn't, mom, random, updates. Bookmark the permalink.