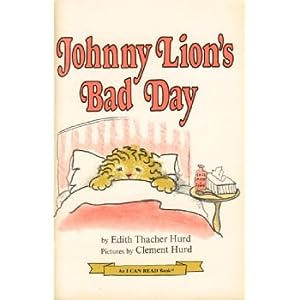 I’m no expert on children’s books. I know I read a lot growing up. I had to write one in high school. Even attempted to get it pubbed, actually – got myself a copy of Writer’s Market and everything. Of course this was in the days before the internet so trying to figure out what I was doing was a bit of a mess.

Since having children, it’s been kind of fun reconnecting with a lot of the old favorites – sometimes there’s just a great bittersweet sort of nostalgia about the stories. And maybe I’m odd, but occasionally a certain passage or a picture will trigger a memory and essentially transport me to an exact moment in time and I can *remember* sitting in a doctor’s office reading it, or huddling beneath the covers with a flashlight or what have you.

However, in reading them as an adult to my own kids, can I just ask what the hell was going on in the 70’s in the world of children’s publications? Seriously? There’s just this random batch of utterly weird stories from that time that are just…bizarre. Lucy is currently enamored with Johnny Lion’s Bad Day – and I vaguely remember it – it’s about a little lion who has a cold, which is all well and good. Typical kid stuff.

But reading it now, I admit I’m a little horrified because the story essentially revolves around his parents giving him this “red medicine”, him falling asleep and hallucinating (giant red rabbits coming to eat him?), waking up, getting another dose of meds, him hallucinating again, and so on. In the meantime, every time he wakes up, he begs his parents not to give him any more of the stuff, tells them that it’s giving him terrible dreams, and they just tell him “nonsense” and give him another dose.

Seriously? It’s really kind of twisted. At the end he dreams he’s a great big lion and goes in and scares the shit out of his parents.Which I guess is sort of his revenge, but I have to admit the overall concept kind of bugs me. Not the nightmare aspect of it so much, creepy as it is, but just that the kid seems so utterly helpless to stop what’s happening to him, and that the people who should listen to him the most don’t really seem to care.

Although maybe that’s the point and the whole thing is a parable about kids and parents and who takes care of who. There’s a small part of me that would like to think there’s something deeper going on here, anyway.

This entry was posted in random, wtf. Bookmark the permalink.