Tales From the Writing Trenches 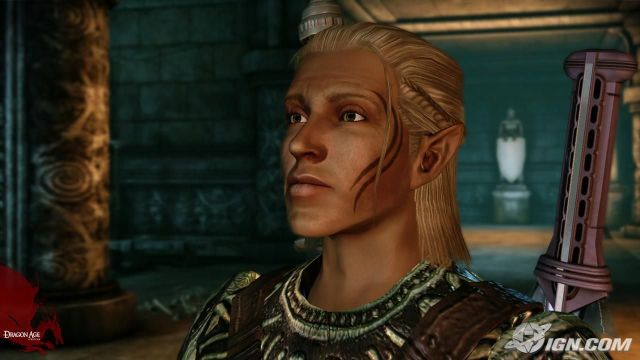 Or some such. NaNo and Dragon Age have caught up to me apparently. I’m still keeping my daily word count (but some days only barely), but to say I’m burning the candle at both ends would be a bit of an understatement. Aside from work and family stuff, for the last two weeks I’ve started writing my NaNo words at about 10 PM and finish up about midnight. At which point I fire up Dragon Age and play until about 2 AM. (And then get up at 7 AM and start all over again).

The last few days have been…um…a little bleary in my mind. And a tad painful on the back issue as well. Still twinging off and on. The muscles have started guarding again, from my left butt cheek up to my shoulder. The nerves have died down a bit, but I’m going back to the neurosurgeon’s next week anyway, just to be safe.

So yeah. Lack of sleep be damned!  Yesterday, instead of writing, I took a break and played Dragon Age for the entire day, wrote from 10 PM to midnight, played DA until 2 AM, took a muscle relaxant and slept until 10 AM this morning. (And wow, did that sleep feel awesome!)

I fell asleep at my mother-in-law’s house this afternoon again, and then went to see 2012, which I found to be horribly long and rather depressing. Good special effects, but science was pretty weak in places.

Tonight, we’re looking at laundry, writing and probably another muscle relaxant. (The first one did really help last night, amazingly enough). And maybe a little more DA if I can fit it in.

After all, what’s sleep when I have dragons to slay and pixelated hotties to flirt with?

This entry was posted in 2012, dragon age, nano, writing. Bookmark the permalink.