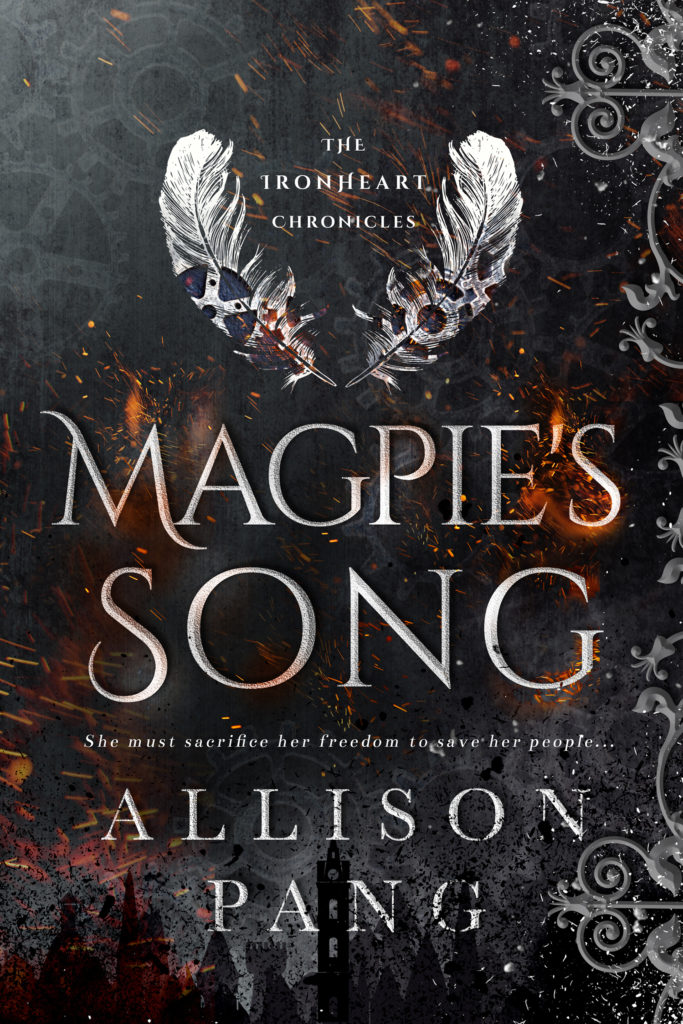 So, finally, *finally* I can share this bit of awesomesauce!

I have publication dates, I have pre-order links, and I have a cover for the first book in my new series, The IronHeart Chronicles, officially on sale August 8th!

The first book, as I’ve mentioned before is Magpie’s Song (obviously) and will be followed by Magpie’s Fall (Dec 2017) and Magpie’s Flight (TBD).

At any rate, it’s been a long time coming and I’m so very pleased to finally be able to get this out into the world.

Incidentally, the artist for this lovely cover is Regina Wamba of Mae I Design and I can’t emphasize enough what a great job she did on it (the full piece for the print version is *amazing* and I adore it.)

So what’s the skinny on the book itself? A little back cover copy:

And there we have it – a little intrigue, a little outcast action, a crazy plague, a floating city, clockwork dragons…and a heroine with a literal iron heart. (And a bit of a slow-burn romance, maybe). Also parkour. Because why not?

Pre-orders for ebook are currently open on Amazon. It should be up in other formats (Nook, Kobo, etc.) and print shortly. (Go sign up for my newsletter for future announcements on that and other goodies…)

Additional info on the blog tours and whatnot are coming as well so stay tuned!