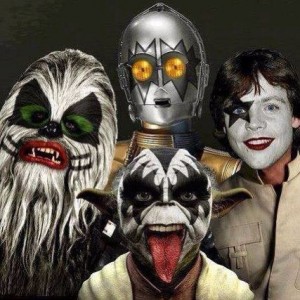 There’s this question that writers tend to get often – how do you know when a story is finished?

And the short answer is that it’s never finished. Not really. (It’s partially why I don’t go back and read my own books, to be honest. I always find places where I’d really like to go and change things. Maybe small things. Maybe big ones. Doesn’t matter, though – once that manuscript is off and done, that’s pretty much it.)

That being said, I’ve been working on this new book. New project. Whatever it is. And I’ve mentioned it  here and there on this site and the Word Whores blog from time to time. I’m late with it. It should have been done months ago – so I tend to feel a lot of guilt that it isn’t.  (Blah blah, draft done in April, two surgeries and painkillers and just overall lameness sucked the life out of my writing this year. But I’ve gone from 92k to over 138k, so you know. I AM doing something.)

I thought I was done two weeks ago. I really did. But I sat and read those last few chapters over and I realized I’d taken some rather easy outs – and the end of a book is definitely not a place you want to skimp on if you can avoid it. It’s the last impression a reader takes away, after all.  (And just like movies, where you hear things like “It was so good, right up until the end and then…ugh.”)

Not the sort of thing you want to people to take away with them.

So, I ended up reworking the ending of the new book again. I chopped out 6k worth of words, some of which I’ve added back in, just in a different place. And added about 5k more. I’m nearly at the 140k mark at this point and in the last chapter and gods save me, I will have this freaking thing done before Christmas.

(I fully expect to chop out several thousand words when I go through and burn all the word echoes with fire, but that that’s a slightly different thing.)

Why is it so long? I have no idea. And the sad thing is that I could make it longer if I wanted, but that’s probably the case with nearly any sort of high fantasy worldbuilding type novel.  And just because I *can* add in more detail doesn’t mean I should. There are other things I want to tweak, but as it stands right now, I’m happy enough with what’s there.

The saddest thing of all is that the original idea that was the reason for this book? It never happened – it’s going to have to be pushed into a potential sequel, but that’s just how these go, I guess.

This entry was posted in blog and tagged creating, editing, taking foreverrrrr, writing. Bookmark the permalink.

4 Responses to Lost in Rewrites