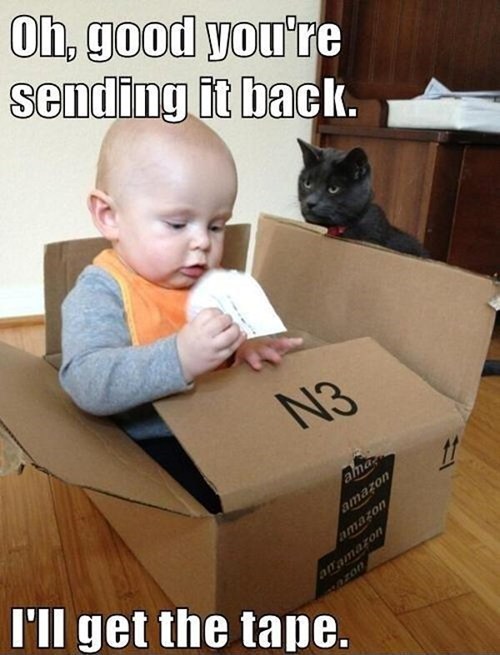 Obviously I’ve been off the radar for a little while. Holiday stuff, mostly. Cleaning, baking, wrapping – all the usual trappings of family and food and too many people in close contact with each other for too long.

Gifts that didn’t quite cut it. (Or in my case, gifts that didn’t happen. Seriously? I pre-order a specialty book for someone mid-November – signed, numbered and all that…knew it would get here after Christmas because it was a special order, etc…and just found out today that the website had the wrong god damned picture on it and they don’t have the special edition after all…and those special editions are sold out now everywhere else. *sigh*)

And then there’s the laptop.

See, my faithful little netbook is over 3 years old now. It’s slow. I  spilled tea on it about 6 months ago. While it was still on. And now the Ctrl keys don’t work. (I remapped them to my CAPS lock key as a work around.) The USB ports take a good 10 minutes before they realize something is plugged into them. In short, it’s becoming a pain to use – and for me, the stress of having technology not work correctly when I’m trying to find time to write? Not good.

So, I ordered a new one.

Everything went great. Got the components I wanted. It shipped early. In fact, it showed up yesterday and it was pretty and pink and metallic and ready to go. I don’t know if it’s a tech thing or what, but there’s nothing quite like a new computer, all ready to be set up. Maybe it’s a bit like having an empty notebook or a fresh canvas.

And I’ve been in a writing slump the last few weeks. So I was looking forward to this new machine. New year. New beginnings. All that fun stuff.

(It’s a mental thing – I get it. There’s nothing wrong at all with my main desktop – I was just looking forward to escaping someplace quiet and different with the laptop.)

Anyway. Fed Ex drops it off. I unpackage it and boot it up and start the install process. 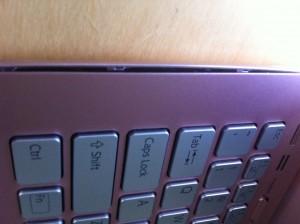 Only about 10 minutes into it I look down and realize the left side of the laptop has essentially exploded out. I can see there are snaps inside and attempted to pop them back in, but the chassis itself was warped so it wouldn’t stay.

The thing is, I don’t think it looked like that when I took it out of the box. Best I can figure is that it came from a fairly cold environment. (Cold enough that my fingers were leaving condensation finger prints on the outside of it.) Once I brought it in and plugged it in, maybe the heat from the hard drive caused the metal sides to buckle.

I don’t really know. Shoddy workmanship, even so.

So I call Sony to tell them the laptop is defective. I talk to a nice lady and give her my name and phone number and *poof* – the power goes out. So I get on my cell phone and call back and get a different guy in tech support who takes my info and then transfers me to someone in sales, who asks me for my order number. (Which I don’t have, because no power, and my computer has all that info on it.) She attempts to transfer me back to tech support, but I get nasty because I’m fairly angry and frustrated. (And I’ve played the transfer game before. After about the third or fourth time of explaining the situation again? I’m done.)

She tells me I need to mail it back to them and then they’ll send me a replacement, just as soon as I get them the tracking number. So 10 minutes later I call them back from the parking lot of the Fed Ex store. (We’re still without power at home anyway.) She says I’ll get an email with a new order number shortly.

Which I do.  And it looks okay, so I figure I’m good. Power comes back on and the rest of the evening is uneventful.

But later that night – about 11 PM or so, I’m looking the order over and realize that one of the parts is wrong. So I start to send an email to let Sony know…and the power goes out.

Maybe I’m like one of those people who puts out an electrical field when they get stressed. (That’s what I tell myself, anyway – though I believe the real reason is that someone cut a tree down on a power line somewhere. Ha ha.)

So, back on the phone with Sony. Let them know the issue. They put me on hold for a looonnnggg time, but eventually came back and agreed I was right. Gave me a reference number and told me they were putting in for an updated component.

And of course, by that time it’s nearly midnight and I’m was just feeling so frustrated. Because I was all hopped up and ready to create and then I was tired – and I hate feeling like I didn’t get anything done.  And with the power fluctuating up and down, I didn’t dare actually start anything on the desktop.

(I did sketch out some notes by hand for what could potentially be a new UF book/series, though, so it wasn’t a complete loss, but still.)

Hopefully the new laptop will show up in a week or so and everything will be good. (Though I’m a bit gunshy now. I have terrible luck with computer companies, but we’ll see how this goes.)

This entry was posted in blog and tagged computers, gift fail, stupid companies, updates, wish I could drink. Bookmark the permalink.