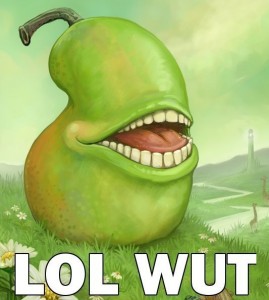 Is this thing on?

An author group I belong to recently had a discussion about marketing and social media, blog tours and giveaways and all the rest of it. Basically, there’s so much going on out there as far as promotion goes, and much of it gets laid at the feet of authors these days…and no one really seems to know if it makes a difference.

Do people buy books because they get swag in the form of pens and postcards? Do mass blog tours and book giveaways increase sales or do they just encourage people to wait around to see if they’ll win something? Is blogging/tweeting/facebooking really that important? Or is it a just a time suck that keeps writers from writing books?

Some days it just feels as though we’re in an empty room with a microphone. When all you hear is your own words echoing in your ears, there doesn’t seem to be much point, does there?

As many people have noted – many authors aren’t marketing gurus. For myself, I’m pretty web-savvy, so it’s no skin off my teeth to run multiple social networking outlets – but a lot of authors aren’t. Being told by a publisher that they need to look at doing all these extra promotional things that may or may not actually accomplish anything can be somewhat terrifying.

Even if the writer is savvy enough to get it all rolled up and managed on a regular basis, it can be very disheartening to spend hours crafting a blog post for a particular website…only to have it disappear into the blog-o-sphere with nary a whimper.  Is that because people aren’t reading blogs as much these days? Was the post bad? Does the site it get posted on not have enough traffic?

There are just so many variables and it’s hard to pinpoint a particular reason for why one writer may continue to struggle with getting an audience and others seem surrounded by masses of followers. (Notice I said “seem” – there’s often a great deal of work going on behind the scenes when it comes to pruning the social media bonsai.)

But still – when does an author draw the line? Some of the writers I’ve talked to have mentioned giving up blogging all together. Or giveaways, for that matter. They’re tired of doing things that are “expected” and not seeing any real sort of return.  (Is my uptick in sales because I gave away an iTouch? Or because the stars aligned right for those 10 seconds?)

The rules of the game keeps changing, though. What may have been a tried-and-true method before may no longer work.  With so many voices clamoring for attention under the hopes that they might be the “next big accidental thing” how does a reader decipher it?

So some writers are choosing to withdraw and focus on the writing more. I haven’t quite figured out what I’m going to do. It’s hard for me to embrace that, simply because for the last several years, every message pounded into my head is how I’m supposed to throw myself out there in every fashion that I can. Build my brand. Whatever.

But it might be really nice to get back to the important thing.

This entry was posted in blog and tagged marketing, promo, sanity check. Bookmark the permalink.