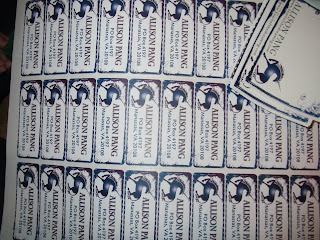 Yes, that picture seems off kilter, but I’m feeling too lazy to open Photoshop up to rotate it.

Anyway, bookplates are in, so drop me a line if you want one (I’ll set up some info on the main site, but it will probably involve the standard SASE.) Those other things are just mailing labels, but I thought they were pretty so I’m throwing them in there too. Never realized what a pita it was to send out like ten books at once and having to write that address over and over and over.

(And I’m sorta stupid when it comes to sending things out. Last month I sent out three signed copies…and sent the wrong ones to the wrong addresses. *facepalm*) So anything that makes me have to think less about what I’m doing is a good thing. That probably sounds bad, but it’s true – doesn’t take much for me to get utterly distracted and next thing you know I’m just shoving books into envelopes…good thing the readers were so understanding, eh? 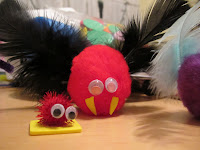 Anyway, on a completely unrelated note, I’m sharing a few pics of the “Puffs of Evil” my children have been working on the last few nights. No, I don’t know where this particular trend started, but hey, they’re not watching TV and it’s been a sort of fun little crafty thing.

Yes, the puffs apparently have little puffy babies, thanks to ms Lucy. 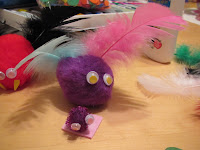 This one looks a bit less evil. –> 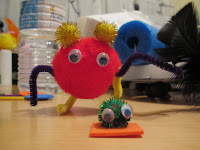 I decided to make one with legs instead of wings. Sadly, its baby puff doesn’t match in color. Alas. Perhaps it is adopted? (I’m operating on the theory that “puffs of evil” reproduce by parthenogenesis.) 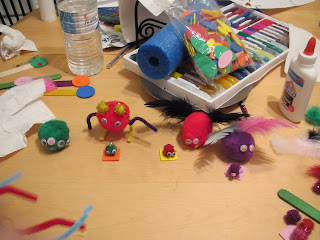 This entry was posted in blog and tagged marketing, silly. Bookmark the permalink.